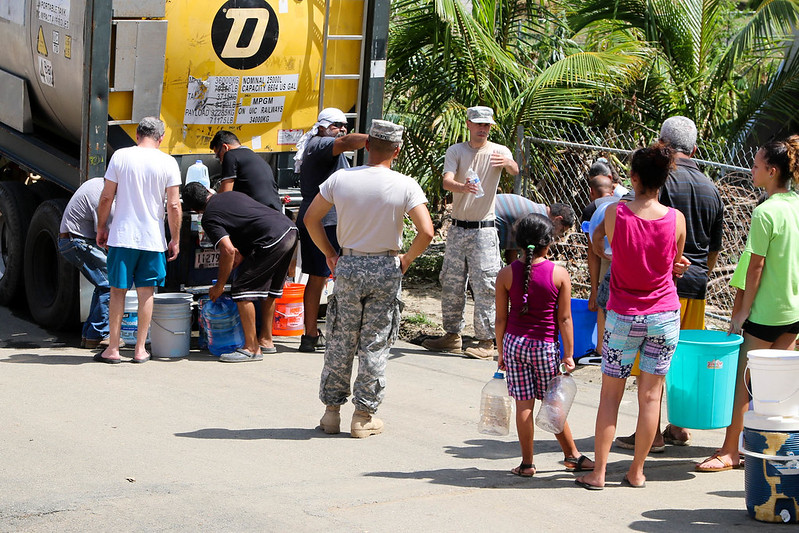 On Sept. 18, 2022, Hurricane Fiona struck Puerto Rico. This Category 1 storm left hundreds of people stranded all across the island. Houses and buildings were obliterated and left on the streets. Current residents are reeling and coping with how their homes no longer exist.

Five years before Hurricane Fiona, Puerto Rico was visited by another tropical storm: Hurricane Maria. Maria was a Category 4 hurricane that left aftershocks still impacting the island. Not only did it leave Puerto Rico in physical ruins, but it also collapsed the country’s electrical system. Although the Trump administration attempted to help with damage and repairs, United States aid efforts were inadequate, given the magnitude of the storm and the amount of relief provided. When Hurricane Fiona hit a few years later, the island had not recovered.

Severe flooding occurred as dark clouds rested above the entire island and delivered record amounts of rainfall in Puerto Rico. Still traumatized from Hurricane Maria, Danny Hernández, a citizen of San Juan, recalled the scarcity’ most Puerto Rican residents have experienced since the first catastrophe years ago. Hurricane Fiona left 900,000 residents without power and 358,000 without access to water. Due to high winds, debris blocked many peoples’ escape routes to safety. In Cayey, a mountainside town, the Puerto Rican National Guard was sent to rescue 21 elderly and disabled people from an elderly home. Photography student, Ada Vivian Román, experienced several trees and fences being knocked over around her town. However, she goes on to say how privileged she feels compared to those whose homes were submerged underwater by the storm, AP News reports.

After seeing Puerto Rico in ruins, U.S. President, Joe Biden, took action in assisting the struggling island. Biden has promised to allocate federal funds to pay for 100% of aid costs related to Fiona for one month. Before the hurricane, he approved a declaration allowing FEMA to give money directly to the people impacted by the storm. Moreover, on Sept. 21, Biden issued a major disaster declaration for Puerto Rico.

Several organizations have begun to raise funds to support this catastrophe. For instance, Global Giving has started a Hurricane Fiona Relief Fund to help residents on the island and others bordering Caribbean islands affected by this storm. In addition, a women-led nonprofit, Taller Salud, is already working to provide hurricane relief across Puerto Rico by accepting donations of everyday items.

With Puerto Rico devastated by the hurricane, many residents are left wondering what the future holds and how the hurricane’s impact will likely be felt for years. With continued support from international and local aid, Puerto Ricans strive to overcome this disaster.