Tag Archive for: Hungry in the Dominican Republic 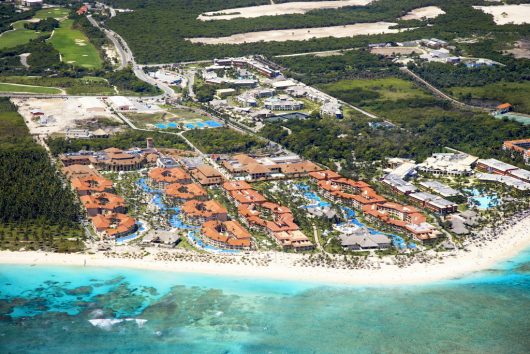 Nearly thirty years ago, the Dominican Republic was the fastest growing Latino economy in the world. And in the eyes of most tourists today, it still is. However, in 2003 the country succumbed to an economic crisis.

According to a report by the New York Times, Banco Intercontinental (Baninter Bank), Dominican Republic’s second-largest bank, collapsed due to greed and corruption, leaving the value of the peso almost null and void and the country’s economy in economic shock—2.2 billion dollars-worth of shock. In short, the government crumbled, prices skyrocketed and the countries dollar was almost worthless.

Years later, there has still been no recovery for the average worker. The bailout for the fallout went to the country’s wealthiest people, while the regular working class—thousands of citizens—were left jobless and hungry in the Dominican Republic. The country has failed to uplift fleeting growth sectors like mining, agriculture and education, which brings income to Dominicans of Haitian descent and Haitian immigrants.

To make matters worse, in 2013 the highest court in the Dominican Republic ruled to exclude citizenship to children of migrant Haitians who were born after 1929. This ruling forced thousands, including children, from the country and left others trapped in poverty in the Dominican Republic while they hope to one day become documented citizens again. Since that ruling, almost 300,000 Dominicans of Haitian descent have applied for citizenship. Few have become citizens.

According to a 2017 economic report on the Dominican Republic, the economy is rising and job sectors are slowing increasing because of tourism. But it still does not address a resolution to solving severe hunger in the country.

The biggest hurdle to helping the hungry in the Dominican Republic is overcoming the inequality of wealth distribution. The World Food Programme reported that while the Dominican Republic (DR) is one of the highest ranked upper-middle-income countries in the world, 40 percent of its people still live in poverty. By fairly distributing wealth to the urban areas of the DR, areas occupied by Dominicans of Haitian descent and Haitian migrants, the country could see a return from poverty.

The DR’s failing education system is another cause of poverty in the country. The country’s educations system does not rank well among those in other countries, mainly due to the absence of financial investment in its schools. Poverty affects the ability to learn. Adding a failing education system sets an additional snare, making it twice as difficult for poor people to escape poverty. Urban areas, in particular, have to endure substandard education.

All of this can change for the Dominican Republic. If the government continues to press for the quashing of economic inequality in the country and makes continual efforts to invest in education, this beautiful country can become more than just a tourist site.