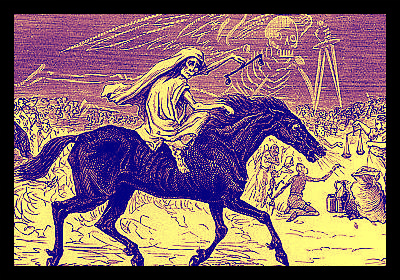 It is hunger, more than traditional warfare, that is taking the most lives and causing people to flee from Syria. Several parts of Syria have been cut off from food for several months and the World Food Programme (WFP) estimates that three million people are hungry. The WFP has been able to deliver food aid to two million people, but over one million people are trapped in areas where no food is getting in and people cannot get out. Civilians who are in areas under siege are starving; hunger is being used as a weapon of war.

In the city Homs, which has been under siege for the 18 months people are surviving on olives, “water soup” made of water and spices and grass and weeds picked from the street.  As of mid-February, 1,300 people, including 500 children as well as and many women, elderly, and disabled persons fled the city with the help of Red Crescent and United Nations workers.

Men between the ages of 15 years old to 55 years old were forced to stay and fight.  A temporary evacuation was allowed, but many evacuees and aid workers were wounded and many civilians were too afraid to try and leave.

Hunger forced the people to leave; food has dwindled down to nothing in the city and a one kilogram bag of rice costs $50. People were fighting over the small amount of food the U.N. was able to get into the city.  Gerard Araud, France’s U.N. Ambassador was quoted saying “We are facing the worst humanitarian tragedy since the genocide in Rwanda in 1994…starvation is used as a weapon by the regime.'”

CNN broadcasted video footage of an emaciated one-year girl at the National Hospital in suburbs of Damascus. The child’s organs were slowly deteriorating due to hunger and she reportedly died in hospital after her heart stopped. Her distraught mother reported that she had nothing to feed her child.

Doctors have told activists and journalists that this horror story is now happening frequently here. Starvation is being used as a weapon and infants are dying as their mother’s breast milk runs dry. The elderly, the sick and pregnant women are also especially vulnerable.

Parents are risking death by leaving their homes to look for food for their children. A nurse told Amnesty International that at least four people a day suffer gunshot wounds while picking plants and shrubs in the fields nearby the Yarmouk Palestinian Refugee Camp in Damascus.

Amnesty International Secretary General Salil Shetty says Syrian President Bashar al-Assad has been starving his citizens and blocking access to humanitarian aid as a war strategy and this is considered a war crime. Reuters reports that one Syrian security official called the situation the “Starvation Until Submission Campaign.”

Save the Child recently released a report stating that parts of Homs, Aleppo, Idlib and Damascus have been besieged. Talks between the U.N. and large humanitarian organizations are underway to negotiate a way to end the suffering of civilians.

The chief of Amnesty International said that European nations are not doing their part by taking in refugees. The five countries surrounding Syria are taking in 97 percent of the refugees and they are collapsing and now in need of help themselves.  Wealthy European nations with space and resources need to step up to the plate.