Tag Archive for: Hunger in Rwanda 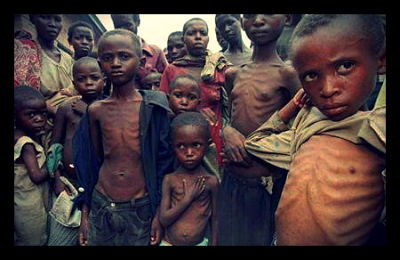 The Republic of Rwanda is a small sovereign state in the Eastern part of Central Africa. Rwanda ranked at 166 of 187 countries on the UNDP Human Development Index in 2011. Rwanda also has the highest population density in the region with 416 people per square kilometer.

Low income, limited natural resources, and food and water insecurity pose a problem for citizens in Rwanda every day. In the years following the Rwandan Genocide in 1994, international rebuilding efforts have been on the ground trying to make sustainable changes to alleviate some of the hunger and water issues.

Here are five facts that explain the state of hunger in Rwanda and how it may change in the coming years:

Even though there is a lot of strain on the country today, organizations have been working with the government to address one of Rwanda’s major problems: food insecurity. Agriculture was the country’s main sector before the genocide, and since then, major efforts have been made to make it profitable one more.

Updating the agricultural practices is what the World Food Programme credits with directly reducing the number of food insecure people.

The country hopes that with the reliance on agricultural programs it will improve its GDP to US$900 by the year 2020, up US$380 from its current GDP. Rwanda was also the first country to sign the Comprehensive Africa Agriculture Development Programme (CAADP), meaning that addressing malnutrition and food insecurity is one of the government’s main priorities.

Even though Rwanda still has a long way to go, the government has been taking steps in the right direction that could provide a template for other countries in the region to follow.