Tag Archive for: Hunger in Norway 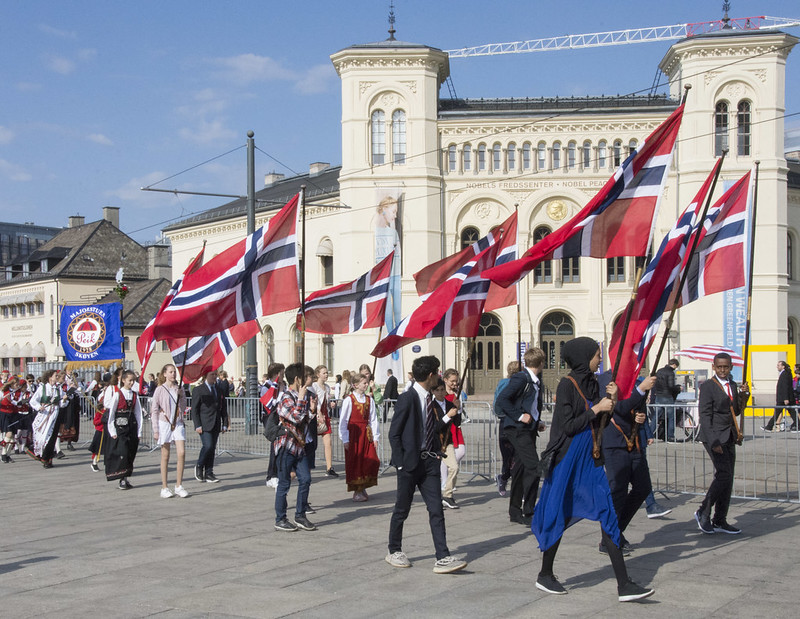 The nation of Norway utilizes comprehensive social service programs in order to provide medical care, education and pension to its citizens. These policies have assisted in maintaining a low rate of poverty and hunger in Norway. In the previous decade, Norway has experienced an increase in labor and refugee immigration. Though only 3% of the nation’s citizens suffer from food insecurity, immigrants often face hardships in gaining adequate nutrition.

Asylum seekers are defined as individuals who are forced to immigrate to another country and await refugee status. In Norway, such individuals often represent the countries of Syria, Turkey and Eritrea. The nation experienced a steady increase in refugee applicants beginning in 2006, peaking at 30,470 applicants in 2015 and declining in the following years. In 2017, Norway granted each asylum seeker 250 euros per month while they awaited approval. However, a typical adult in Norway spends 250 euros each month on food alone, and food-related costs account for only 11% of an average family’s total spending.

Language barriers, low income, unfamiliar cuisine customs and religious standards also contribute to immigrant hunger in Norway. For instance, a study conducted in 2014 discovered that immigrant women shopping for food in Norway largely purchased what appeared “familiar or safe” due to lack of knowledge about meal preparation and ingredients that would affect religious customs. Along with acquiring monetary means to purchase food, lack of nutritional savvy poses a barrier to sustaining a healthy diet.

School lunches also pose a threat to immigrant food security. While equal access to free public education is a norm, school lunches must either be purchased or provided. A study analyzing the influences of ethnicity, financial constraints and food consumption revealed that immigrant families must often make small sacrifices to supply the standard packed lunch of bread and meat. Thus, the inability to provide packed lunches contributes to hunger in Norway among school-aged children.

Generous social policies and relatively equal wage distribution are trademarks of Norway’s welfare model. Such policies, however, are contingent upon a qualified labor market and a high rate of employment in order to generate the economic stability required to fund the country’s programs.

When considering immigrants, this model presents negatives and positives. Negatively, integration into the labor market has proved difficult among immigrant populations due to differences in qualifications, educational backgrounds, professional experiences and instances of discrimination. Positively, educational systems and equal wage distribution provide foundations for crafting a prosperous life.

An article published in the New Political Science journal in 2018 revealed that strict immigration policies of right-wing populist groups (exemplified in Norway by the Progress Party) have contributed to the groups’ recent successes across Europe. Debates between the coalition government of the Progress and Conservative Parties and the Labor Party reveal a wide range of stances. Opinions vary, from tightening the immigration policy to celebrating the increased economic productivity and diversity.

These debates concerning how to address the new realities of immigration have the potential to affect the Norwegian welfare model. Specifically, these beliefs could impact the educational system frameworks, training for employment and qualifications for government assistance.

In 2019, the Norwegian government developed an action plan titled “Food, People and the Environment” to promote global food security through sustainable food development in accordance with the U.N. Sustainable Development Goals. This action plan is an integrated governmental approach that addresses malnutrition and inefficient agricultural practices as a part of Norwegian foreign and development policies.

Additionally, Norway has worked with the U.N. Food and Agriculture Organization to utilize its knowledge of aquaculture to promote responsible fishing practices among developing countries. This partnership also works to combat deforestation, provide emergency relief and establish prosperous legislative frameworks.

As a leader in foreign assistance and domestic development, Norway exhibits strategies for promoting food security. Though there is a relatively low rate of hunger in Norway, it remains necessary to resolve immigrant food insecurity, and this nation has taken steps to do so.