Tag Archive for: Hunger in Nepal 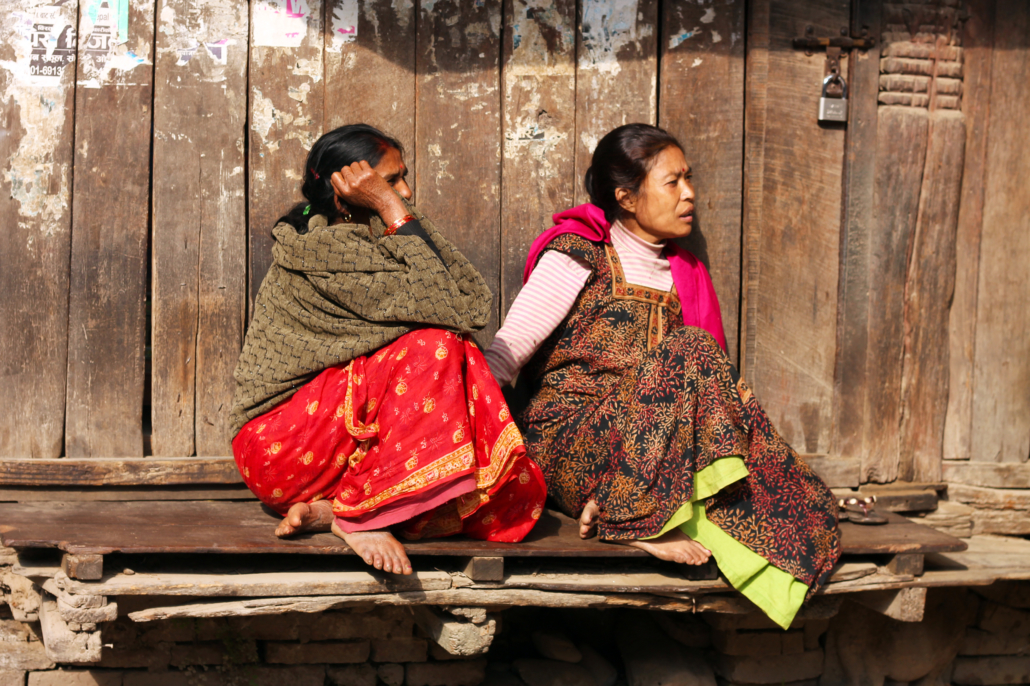 In Nepal, one in four people lives below the national poverty line, earning only $0.50 a day. This makes it nearly impossible for them to afford basic needs like food, clothing and shelter. In recent years, many organizations have provided aid to Nepal to improve living conditions and lower hunger levels. Outlined below are three organizations fighting hunger in Nepal.

The World Food Programme (WFP) is a humanitarian organization run by the United Nations with the goal of fighting global hunger. WFP distributes more than 15 billion rations to people affected by hunger in countries around the world. Two-thirds of the countries it serves are affected by conflict. Statistically, people in conflict-ridden countries are three times more likely to be malnourished than their counterparts living in peaceful environments.

One of the countries WFP has been working to address food security and hunger in is Nepal. Roughly 36% of Nepali children under five are stunted due to hunger, while an additional 27% are underweight, and 10% suffer from wasting due to acute malnutrition. As part of their work to address hunger in Nepal, WFP established the Zero Hunger strategy, which is a program with the goal to achieve zero hunger by 2030. This program has directly helped strengthen the government’s capacity to improve “food security, nutrition, as well as emergency preparedness and response.”

Action Against Hunger was created to establish a stronger method for dealing with hunger. Over the past 40 years, it has provided life-saving services in more than 45 countries, one of which is Nepal. Since 2005, Action Against Hunger dedicated a team of 25 employees to address hunger in Nepal.

Nepal is very susceptible to natural disasters based on its proximity to the Himalayas. Its location causes more than 80% of the population to be at risk of storms, floods, landslides or earthquakes. A 2015 earthquake greatly affected Nepal’s Nuwakot and Rasuwa districts. In response, the team created and integrated water and sanitation reconstruction for the areas impacted.

In 2019, Action Against Hunger was able to provide treatments for severely malnourished children through two inpatient and 28 outpatient therapeutic care centers. The organization has carried out various livelihood programs that include helping Nepali citizens implement “home gardening, mushroom farming, poultry and integrated shed management” into their lives. In 2019 alone, the organization provided aid to 99,455 Nepali citizens. Among these citizens, 90,316 were reached by nutrition and health programs, 4,570 were reached by water, sanitation and hygiene programs and 4,569 were reached by food security and livelihood programs.

Feed the Future was started with the intention of creating sustainable and long-term strategies that would put an end to chronic hunger and poverty across the globe. The organization now operates in twelve different countries affected by food insecurity to execute their goals.

In Nepal, almost 70% of the population works in agriculture; however, many farmers struggle to afford supplies to yield fruitful crops. Feed the Future works with the Nepali government and the agricultural private sector to “produce more diverse and nutritious foods, improve agricultural practices among farmers, and create more inclusive economic opportunities.” So far, the organization has increased nutrition access for 1.75 million children under the age of five. In 2018, it increased vegetable crop yields by 22% and raised farmers’ gross profit margins for vegetables by 17%. The organization also helped the farms it worked with generate $20 million in sales for their crops.

For years, Nepal has had high food insecurity and hunger due to economic hardships and natural disasters. However, organizations like the World Food Programme, Action Against Hunger and Feed the Future are making measurable and tangible differences in the lives of Nepali citizens. Through the work of these organizations and so many like them, eradicating hunger in Nepal is possible in the coming years. 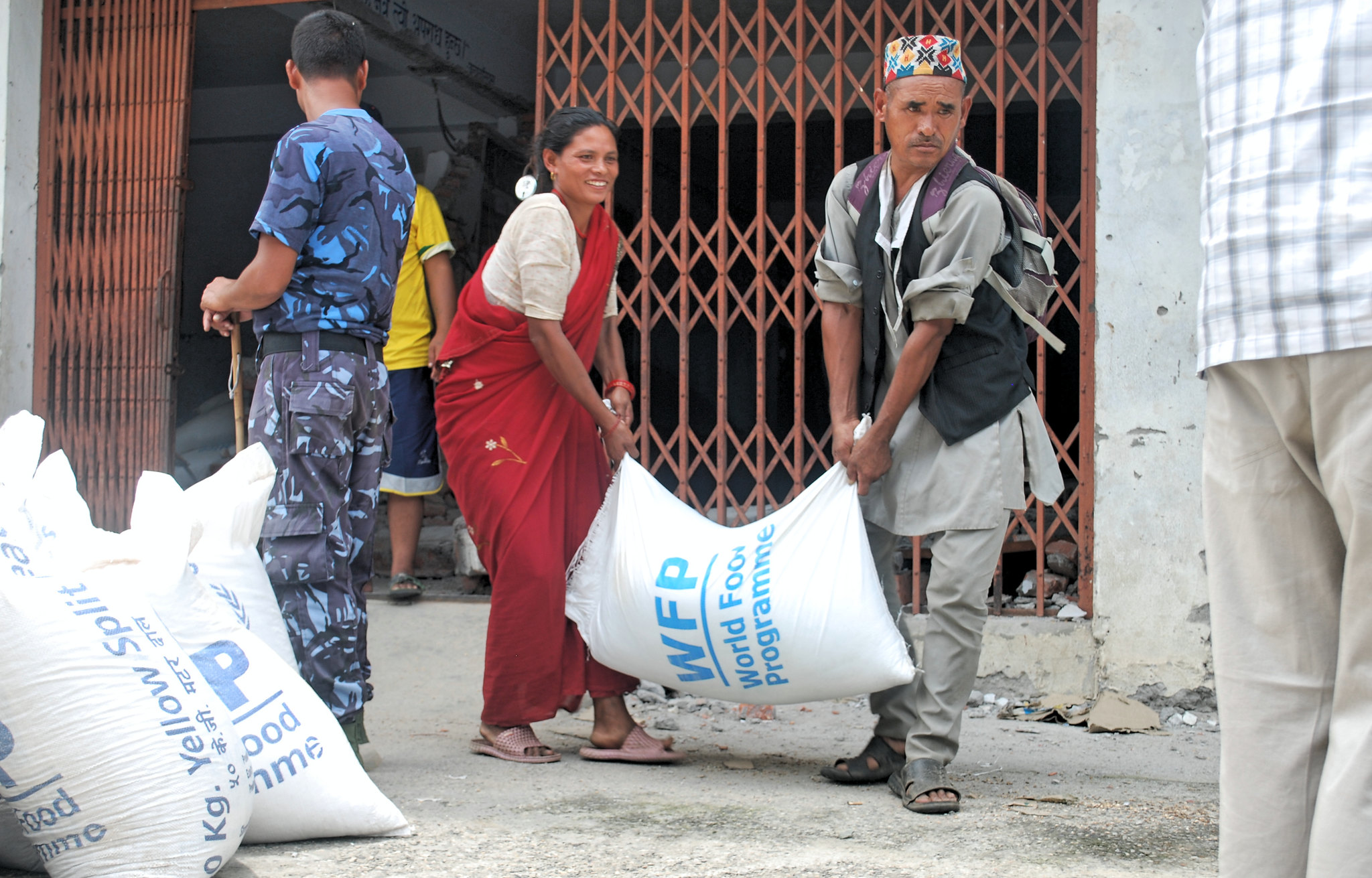 Nepal has spent many years suffering from the political turmoil that has both created and fueled much of the country’s long struggle with hunger and nutrition. Hunger in Nepal can be understood through heartbreaking statistics. Approximately 8% of the population is currently undernourished. In addition, 36% of Nepali children under the age of five suffering from severe malnutrition.

On April 15, 2015, the Gorkha earthquake struck central Nepal. The initial shock was measured at magnitude 7.8 while the aftershock was magnitude 7.3. This event decimated more than 600,000 buildings and killed approximately 9,000 civilians. The quake destroyed Nepal’s food supplies, further exasperating the country’s endeavors against hunger. Many different nations from around the globe offered relief assistance with much of the focus placed on providing medical aid and food resources. Since then, there has been an increased effort to lower the country’s hunger and malnutrition rates by both Nepal’s government and foreign organizations. These are five facts about hunger in Nepal and what has been done to address it since the Gorkha Earthquake.

5 Facts About Natural Disasters and Hunger in Nepal

There is still a lot of work to do, but hunger in Nepal continues to decline due to the efforts of those who care. While there are still many who go without, there are also many who can now properly eat and feed their families. With careful planning, Nepal will not only be able to provide for its people but change the course of its agricultural plans to protect against the risks of future natural disasters. 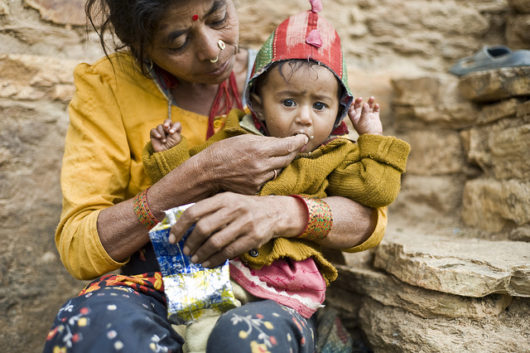 Nepal, located in the Himalayas and parts of the Indo-Gangetic Plain, boasts eight of the world’s 10 highest peaks, ancient golden temples and a very rich history. However, this South Asian country also suffers from high rates of poverty, and as a consequence, hunger. Malnutrition rates are among the highest in the world. In the text below, the top 10 facts about hunger in Nepal are presented.

Top 10 Facts About Hunger in Nepal

Many experts that the above-mentioned goals of Zero Hunger Challenge are unlikely to be met by 2025.

These top 10 facts about hunger in Nepal presented in the text above illustrate that the country has made a lot of progress in its goals to eliminate hunger, but it still has a long way to go. The joint efforts of the government and nongovernmental organizations can certainly be the key to eradicating poverty and improving the economic situation in the country.