Tag Archive for: Hunger in Morocco 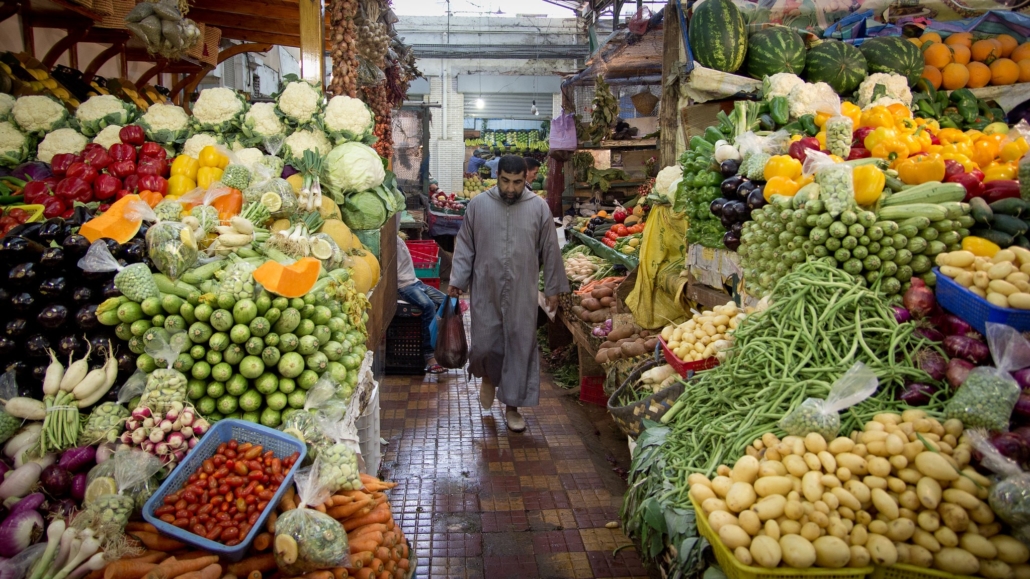 Since the early 2000s, the North African kingdom of Morocco has been successful in enacting programs that assist in pulling its poor citizens out of poverty. One goal in particular has been to decrease the number of people who suffer from hunger in Morocco. Here, long-term goal-setting and assistance with neighboring countries have allowed for noticeable success.

Despite a decade in which East and North African nations have seen growing levels of hunger, Morocco is one of a short list that has been able to circumvent the trend. Since 2008, the number of those in the undernourished category has decreased. According to the Global Hunger Index, the proportion of citizens who would be categorized as undernourished has gone from 5.2 in 2010 to 3.4 in 2019.

One can attribute much of the success in Morocco to the Plan Maroc Vert (PMV), or Morocco Green Plan, launched in 2008. The plan laid out broad goals of bolstering the commercial side of agriculture, strengthening the kingdom’s economy and trade, as well as the subsistent side, and lowering the overall amount of hunger in Morocco. The strategies to reach these goals included irrigation and reappropriation of lands that people traditionally used to farm wheat and cereal crops, fruits and vegetables, along with pastureland, thus increasing the worth of the crop yield.

Since the implementation of the PMV, there has been a noticeable diversification in the purchasing patterns of citizens, who now have access to more nutritional food. This, as well as the increased annual consumption of 3.3%, signals a higher standard of living.

The PMV ensured the establishment of multiple new programs within Morocco, including the National Food Safety Authority and the Agency for Agricultural Development. These agencies have taken steps to diversify the crop yield, specifically by expanding the amount of farmland in use by 11% and moving away from weather-sensitive crops, such as cereals.  Particularly, one goal of the PMV was to have red meat production at 500,000 tons annually by 2020, and it was able to accomplish this a year in advance.

One of the greatest signs of success from the PMV has been the economic growth visible in Morocco for the past decade. Smarter practices at home have played a part, but the PMV has also allowed the kingdom to break new ground in trade and dealings internationally.

Morocco’s government has attempted to become more competitive and consistent with its closest trading partner, the European Union. Entering into a free trade agreement in 2012, Morocco has relied on this relationship to both aid its economy and provide it with the ability to export, as well as have a steady amount to import for its people. With higher import and export value comes more plentiful and affordable food for the people of Morocco.

Additionally, one can see the faith that others put into the PMV through donations from different aid groups and banks. The E.U., as well as organizations such as the World Bank, have been willing to invest large sums into the agricultural developments that the PMV highlighted. One such organization, the African Development Bank, has pledged $132 million toward the PMV in faith that the development of Moroccan agriculture will assist both at home and as a player in global trade.

The End of One Plan and the Start of Another

The goals of the PMV were to reach completion by the end of 2020. The goals ranged from the creation of 1.5 million new jobs to tripling of agricultural exports to the establishment of projects intending to aid the already large number of working farmers. In 2015, Morocco achieved the Millennium Development Goal 1 which was to reduce the amount of hunger in Morocco in half. The kingdom has been on track since implementation, and going forward looks to continue these milestone victories in the battle against hunger.

It is still unclear whether Morocco will reach all of the goals of the PMV by the end of 2020. However, with progress in the shape of large-scale agricultural development as well as lowered food shares and higher consumption among a growing middle-class, there have certainly been some successes. The PMV has led to the creation of a more secure agricultural system, as well as the creation of a new agricultural middle class and formation of 350,000 jobs for the kingdom’s youth.

Moreover, it seems as though this trend of development will continue, as King Mohammed VI announced in February 2020 there would be a followup Green Plan. The Generation Green 2020-2030 plan will follow from lessons that Morocco learned from the PMV, putting more focus on the security of a rural, agricultural class, promoting social development and protecting against the threat of environmental challenges.

With an obvious focus on creating a strong agricultural center, hunger in Morocco could continue to decrease at the same rates as under the PMV. Through program and job creation, Morocco has already shown that the correctly-implemented plans can lead to success in relief. Now, the Generation Green plan aims to move forward in maintaining a secure source of food and income to the Moroccan people.