Tag Archive for: Hunger in Congo 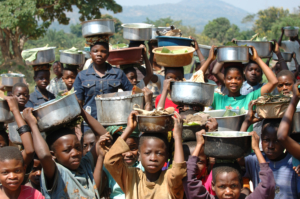 The Democratic Republic of Congo (DRC) is a country in Central Africa. The country is extremely large compared with those around it. Through deduction, it is easy to say that the population is very large. Notably, violence within the country affected Congo. This, in turn, leads to higher rates of hunger. Below are three things everyone should know about hunger in the Congo region:

3 Things About Hunger in the Congo Region

Continue the Support for Change

The more international aid that is directed toward the Congo, the more people will receive much-needed help. Supporting organizations that give aid to those in need is extremely important, for this exact reason. The support will help save lives and create stability for years to come, within the Congo region and likewise, the effects can ripple throughout the global economy.