Tag Archive for: Hunger In America 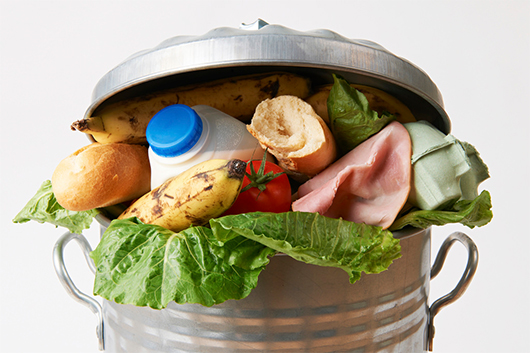 Starvation has long been something many Americans associate with the “third world.” As a country, we sometimes become so engrossed in aiding other nations that we seldom take the time to look within our own borders and see the issues relating to food waste that we face at home.

While a façade of top-rated healthcare, strong innovation and an overall surplus of goods successfully hides the hunger, poverty and abuse, it is difficult to ignore the facts. Up to 40 percent of the food produced in the United States is going to waste before it even reaches the tables of hungry families. In 2013, 49.1 million Americans lived in food insecure households, meaning families were unsure of where their next meal would come from.

Starvation in the United States does not stem from a lack of food as it does in many developing countries. Instead, it stems from a lack of access to affordable healthy food along with a disregard for re-using and recycling materials considered to be waste.

There are many parts of the United States which are considered “food deserts”. These are areas where there are no food superstores like Whole Foods, Target or Acme, for example. Instead, individuals in these areas are forced to purchase food from gas station markets or travel over 10 miles to get fresh food. These “food deserts” exist even within our nation’s capital and force people to rely on food from shelters and food banks. Unfortunately, many of these food banks do not receive enough donations to keep up with the demand for food.

Much of the waste that inhabits our nation’s dumps comes from farms and supermarkets that were unable to sell produce. About 1.3 billion tons of food gets lost or wasted in the United States, with over 97 percent of food waste ending up in a landfill. Most of this produce is so fresh when it arrives at the dumps that people could have consumed it, had it not come in contact with other waste.

Food waste in America also arises from small households. A family of four throws away around $600 worth of food annually due to spoilage or fear of eating leftovers. When all of this food in the landfills begins to break down anaerobically, without access to oxygen, it produces methane gas, which is about 20 times more toxic than CO2 and can seriously harm our environment.

If supermarkets and households learn to use their food waste responsibly, imagine the world we would live in. Households can use food waste—even if it is completely spoiled—in compost pits, which in turn will help their plants grow better and help our environment. Supermarkets can donate their unsold produce to food banks and soup kitchens nearby and accept the profit losses in order to feed their less fortunate friends and neighbors.

When we live in a nation so devoted to helping others in poverty, it is hard to picture starvation in our own country. Most Americans have the luxury of being able to go down the road to pick up fresh produce every week and are unable to see the issue in throwing away left-overs, but if we just learned to eat and live responsibly, we could make a world of a difference beginning in our own neighborhoods.