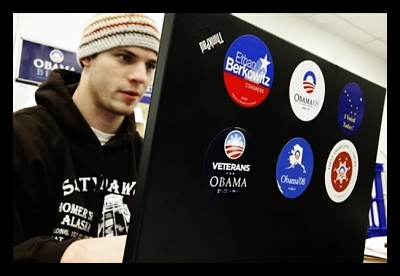 Fighting global poverty might seem like an overly-lofty goal, something left to the likes of Bill Gates and Warren Buffet, or at the very least, the government.  But the truth is that just about anyone can become an effective contributor to the fight against global poverty.  Wealth, age, and ability have little to do with it.  There is something for everyone to do.  To show how true that is, here is a list of ways you can fight global poverty on less than a dollar a day.

1. Call or e-mail your Senators and Representatives and tell them you want increased government investment on global anti-poverty measures. Find their contact information here on The Borgen Project site.  All you have to do is call, say you live in their jurisdiction, and ask them to support global anti-poverty legislation.  It is a simple and 30-second call that makes your representatives pay attention. Learn more about calling Congress by watching this video.

2. Get friends to call too. This increases your impact exponentially.  If representatives receive as few as 7 calls in a week about the same issue, they and their staffers pay attention to that issue when they review call logs.   More calls equal greater likelihood that the senator or congressperson will see the issue as important to their constituents.

3. Use your social media presence to help spread the word about poverty statistics, effects, and most importantly, solutions.  A Facebook post alone is unlikely to bring a poor person in Brazil any closer to clean water (see our article on “slacktivism” here), but then again, it just might (see another point of view here). Many people won’t know and won’t act until and unless somebody tells them.  That somebody could be you—on Twitter, Facebook, Instagram, or whatever you use. Never underestimate the power of information and advocacy.

4. Turn your talent, hobby, or passion into a one-person fundraiser for an anti-poverty group.  Do you knit, tutor, paint, or make jewelry? Why not sell your creation or service and advertise that you’ll be donating proceeds to an anti-poverty organization?  Do you run marathons? Why not recruit sponsors to turn your next race into a fundraiser?  You supply the time and talent, and your donors will supply the cash—and probably learn a bit more about the issue as well.  There are dozens of worthy organizations out there. (The Borgen Project could certainly be one of them.)

5. Go hungry.  The group Oxfam America helps all kinds of groups organize events they call Hunger Banquets.  Attendees can pay to attend the banquet at which different kinds of meals are served to randomly assigned groups.  Some meals are extravagant (the kind of meal most people in the US have eaten).  Some are barely enough to sustain life (the kind of meal many people in the world survive on).  In addition to raising money, these events help bring awareness of food insecurity in a very vivid and immediate way.  Read about one such banquet at the University of Central Missouri here.  Find out more about organizing a hunger banquet at OxfamAmerica.org.

There they are:  Five relatively inexpensive ways for you and those around you to join the fight against global poverty.