Tag Archive for: Hunger And Malnutrition In Ghana 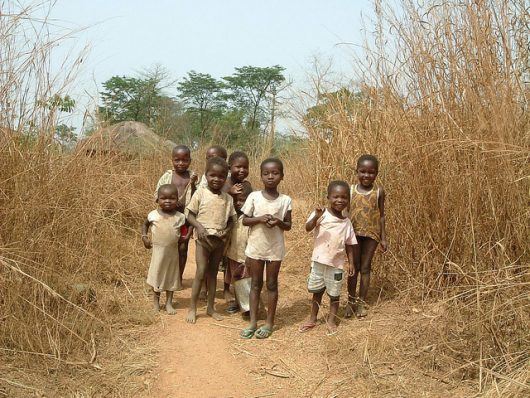 A new report by the United Nations concluded that widespread child under-nutrition has taken a toll on Ghana’s economy.

The report, The Cost of Hunger in Africa: Social and Economic Impact of Child Undernutrition in Ghana, found that the effects of hunger and stunting cost Ghana $2.6 billion dollars per year.

The report argues that Ghana’s government must make nutrition more of a priority in national development planning in order to improve food security.

Chronic malnutrition and stunting afflicts 19 percent of Ghana’s population and is responsible for 24 percent of all child mortality cases. Some areas face more hunger than others as 30 percent of children under five in Ghana’s northern region are stunted.

Stunting occurs when adolescents are severely deprived of critical nutrients, such as proteins and minerals, while in the womb or during the first two years of life. According to the report, 37 percent of Ghana’s adult population suffered from stunting as children.

The effects of stunting are also felt in Ghana’s educational system. Children who are underfed are more likely to miss, repeat classes and drop out of school.

The report estimates that of the current working population aged 20 to 64, 72 percent of people who were stunted as a child completed primary school compared to 80 percent of those who were not stunted.

The report further says that repeating grades “increases the demand that the education system must meet, with the resulting costs in infrastructure, equipment, human resources and educational input.” In 2012, the 19,720 students who repeated a grade cost Ghana’s education system approximately $12.85 million.

Malnutrition also limits adults’ ability to work and contribute to Ghana’s economy. In manual work, such as agriculture, people affected by stunting lack the strength necessary to match the production and efficiency of individuals who are healthier.

Non-manual workers who are stunted also produce less output because they received fewer years of schooling than people who were adequately nourished as children.

The U.N. recommends that the government invest more in nutrition policies and interventions to boost the overall health of Ghanaians. Better coordination among national agencies is necessary to create a more concerted approach to providing citizens with better nourishment.

The report notes that forging partnerships with private organizations and non-state actors will help the government “accelerate the development and implementation of malnutrition prevention strategies.”

Health officials can also raise more awareness about ways that people can improve their nutrition and health. 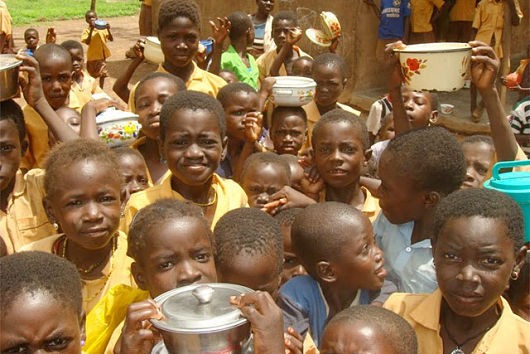 Ghana is one of the most successful countries in the Sub-Saharan Africa region in combating hunger and malnourishment. The proportion of undernourished people went from 23.5% in 1996 to 2.9% in 2013, allowing them to achieve the first Millennium Development Goal (MDG1) target for halving the proportion of people suffering from hunger.

In northern Ghana, 63% of the population lives in extreme poverty, and most rely on crop production. Most of the service and industrial industries are in the south, where poverty is less prevalent.

School feeding helps keep malnutrition low: every day, 368 million children around the world eat a meal at school. The World Food Programme (WFP) provides monthly rations to families who send their daughters to school, and they provide scholarships for secondary school to those who complete the program with an 85% attendance rate.

Over 1.7 million children every day are fed through the Ghana School Feeding Program. The Partnership for Child Development (PCD) is collaborating with the government to link nutrition with school meals and community training. One way the PCD is developing nutritious school meals is through the use of an online meal planner.

The web-based planner allows the user to create and add the costs from local ingredients. It links prices from local markets and displays the total cost of each meal. Only 12.3% of the population has access to the Internet, so for those who do not have access, the PCD developed an offline meal planner.

“By coupling high-tech digital resources such as the meals planner with low-tech engagement, integrated school feeding and health programs are vital if governments are to tackle the malnutrition crisis facing the next generation,” said Dr. Lesley Drake, executive director of PCD.

PCD is also combating malnutrition in Ghana through community meetings and 400 community-based champions of health and nutrition in order to convey the importance of proper nutrition and hygiene.

Feed the Future is fighting for food security in Ghana by focusing on rice, corn and soybean production to help farmers where poverty is most prevalent. The agricultural industry needs more support in order to do more research for crop-yielding and improve irrigation infrastructure.

Malnutrition in Ghana is declining due to programs like the online meal planner and the work of organizations like Feed the Future and USAID. Undernourishment and hunger continue to decline, but since 2007, the prevalence of underweight children under the age of five in Ghana has only dropped 0.5% after declining 11.8% between 1997 to 2007. Today, 13.9% of children under five in Ghana are underweight. 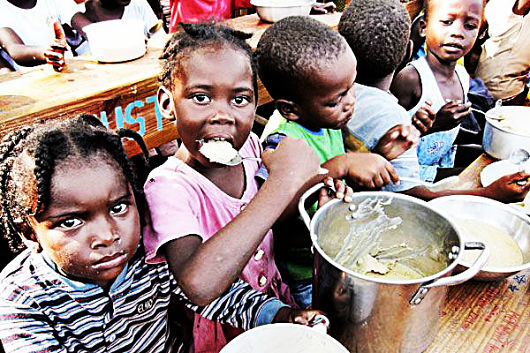 At the 39th session of the Conference of Member States of the Food and Agriculture Organization (FAO) held in Milan, Italy this June, Ghana was given an award from the FAO for reducing the level of its malnourished population from 7 million in the early 1990s to less than 1 million today.

Ghana is one of the 72 countries that have managed to reduce its level of people suffering from hunger to less than 5% of the population. Ghana has also seen a significant decrease in poverty. As Feed the Future states, Ghana’s GDP growth rate has grown from 4% in 2002 to 8% in 2012, as poverty was reduced from 52% to 28%.

Ghana’s success at decreasing the level of the population in poverty has made it the first Sub-Saharan African country to meet the Millennium Development Goal of halving extreme poverty by 2015. This decline in poverty has led to a corresponding decline in levels of hunger and malnutrition. In 1990, 27% of the Ghanaian population was malnourished. By 2005, this number fell to less than 5%. The level of malnutrition in children has also reduced — it has been halved from the 1980s to today.

Ghana was able to drastically decrease poverty and hunger by investing in its agricultural sector. Ten percent of the Ghanaian budget is devoted to its agricultural sector, which, as The Gates Foundation states, has led to a steady growth in Ghana’s agricultural productivity of almost 5% each year since 1985. Ghana has also significantly increased its production of cocoa, allowing it to increase exports.

The United Nations Development Programme (UNDP) states that besides agricultural growth, there are also other factors which helped to drive much of the population out of poverty. For example, the government of Ghana has introduced special social intervention plans which increase spending on programs that target the poor and vulnerable.

The south of Ghana is the country’s main agricultural area, which has led to a disparity in poverty between the north and the south. The poverty rates in the north are double than those in the south. In order to help decrease this poverty gap, Ghana has established four main interventions. The first is the adoption of security measures which help to end longstanding civil conflicts and attract private investment. The government also increased the number of resources it gives to the Savannah Accelerated Development Authority (SADA), an agency which works to plan a development agenda for the northern ecological zone in Ghana. Ghana has also augmented its infrastructure, providing more access to rural areas, and worked to help social intervention programs such as the Livelihood Empowerment Against Poverty (LEAP).

The gap between the poverty levels in the north and south of Ghana is worrisome, but the four interventions that the government established should help decrease poverty in the north and help the country overall. Ghana’s ability to decrease its level of hunger is remarkable and suggests that other countries that wish to reduce hunger and malnutrition should be prepared to invest heavily in their agricultural sector.