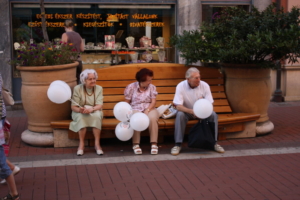 According to the World Economic Forum data, the top 10 countries that give the most foreign aid are Luxembourg, the United Kingdom, Sweden, Ireland, Norway, Canada, Japan, Finland, the United States and Japan respectively. Also, it is impressive to see that the foreign aid contribution of many European Union (EU) countries is in the top 30 list. As a geographically and politically crucial country in the EU, Hungary is on that list. Here is some information about Hungary’s foreign aid.

As an EU country, Hungary ranks sixteenth among Development Assistance Committee (DAC) members for the official development assistance (ODA)/gross national income (GDI) ratio in 2021, according to World Economic Forum. Hungary provided $455 million of ODA in 2021. It is 0.29% of Hungary’s GNI. It may sound lower compared to others in the region like Switzerland which provided $3.9 billion in 2021, with 0.51% of GNI, however, Hungary shows its ambition to invest more in foreign aid continuously with different types of programs and strategies. Numbers are also positive for Hungary’s foreign aid investing ambition. While in 2010, Hungary provided approximately $109 million of ODA, in 2021, it provided $455 million. How did Hungary increase its ODA this much in a decade? Several programs and strategies below are the answer to the increase in Hungary’s foreign aid.

The Hungarian Government launched the Hungary Helps program in 2017 to provide aid for global disasters (natural or human-made) and to eliminate the main reasons for forced migration. For this program, Hungary prepares and manages international humanitarian aid projects with the help of religious organizations and charities by targeting the most vulnerable people under various collaborations. Up to now, more than 250,000 people stay in their countries instead of migrating illegally, which may cause security or health risks, according to the Hungarian Government. With this result, this program is highly influential such that there is a recommendation for the United States Government to take a similar approach to the illegal migration problem at the borders in the media.

For the COVID-19 Response, Hungary provided $24 million only in 2020. This amount represents 10.6% of the total gross bilateral ODA, according to OECD. Hungary provided 20 medical ventilators and 20,000 masks to the Republic of Lebanon in 2021 and assisted countries like Serbia, Slovenia and North Macedonia with 600,000 masks and 30,000 items of protective clothing. Additionally, Hungary provided help to African and Asian countries in accordance with the EU Policy.

Since the start of the war in Ukraine, Hungary provided 200 ventilators, 250 patient monitors, 25 central monitors and 100 infusion pumps and blood bags to Ukraine. Also, the government announced it would provide health care to all Ukrainian refugees who stay there for a long time, and this healthcare will be at the same level as Hungarians. Additionally, the government made another shipment of humanitarian aid, including clamps, scissors, instrument trays, infusion sets, bandages, surgical gloves and medicines to Ukraine in March 2022.

In 2013, Hungary announced this strategy in the Official Gazette and launched the Stipendium Hungaricum scholarship program that promotes the study of foreign students in Hungary for higher education. It is because the Hungarian Government believes that education ties foreign people to Hungarian culture forever and that when they return to their countries, they protect these ties by engaging in economic activities with Hungary. Under this strategy, for the 2015-2016 Academic Year, Hungary signed bilateral agreements with Algeria, Angola, Egypt, Morocco, Namibia, Nigeria and Tunisia and offered scholarship quotas. In the beginning, 38% of the quota was filled. But in 2020, this increased to 195%. Hungary also signed agreements with South Africa, Ethiopia, Eritrea, Ghana, Kenya, Sudan, Tanzania and Cape Verde, in the meantime.

Hungarian Ministry of Foreign Affairs and Trade previously announced the International Development Cooperation Strategy from 2020 to 2025. Hungary would like to increase its effects on the international arena as a country and address the challenges of the global community. With this strategy, Hungary hopes to provide help where it is needed most and aims to solve the main reasons for migration.

All in all, although Hungary’s foreign aid looks limited at first sight, its investment in foreign aid increases each year determinately in accordance with its goals.