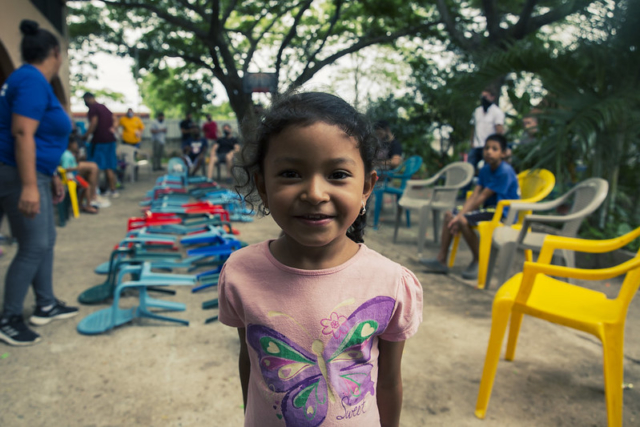 Honduras has a notorious reputation for high levels of global poverty and corruption. However, one charitable organization is on a mission to improve living conditions in the country. The Humanity and Hope United Foundation is working to reduce poverty from the ground up. In an interview with The Borgen Project, the Foundation’s director of trips and Honduran volunteers, Caleb Mejia, provides insight into the organization’s mission.

Honduras has been in the process of democratization for 40 years after being under strict military rule. Despite this transition, coups and widespread distrust in government officials are still prevalent. One contribution to this was the Iran-Contra Affair. Although the country avoided the direct conflict that fell upon its Nicaraguan neighbors, negative impacts still ensued. The CIA-backed anti-communist forces in Honduras violently targeted local Marxist groups and committed human rights abuses. As a result, a lack of confidence in officials surfaced. Political instability has certainly contributed to heightened levels of poverty in Honduras.

Natural disasters also impact Honduras’ ability to grow. Category 5 Hurricane Mitch made landfall in Honduras in 1998, leaving thousands dead. In addition, agriculture and infrastructure were decimated, causing high levels of unemployment and poverty. Without sufficient resources or global support to prosper, Honduras struggled to bounce back from this particular natural disaster. Then, in 2020, Honduras was hit with the devastation of Hurricane Iota and Hurricane Eta, causing widespread homelessness and destruction.

The Humanity and Hope United Foundation has been working first-hand to address Honduran poverty and its effects. To do so, the NGO partnered with the three Honduran communities of Remolino, La Cuchilla and La Coroza. Mejia told The Borgen Project that Humanity and Hope United makes “sustainable changes in rural and underserved communities in Honduras.” Mejia is a 23-year-old Honduran serving impoverished communities in Honduras. “We partner with communities to create jobs that will provide for them and their families,” says Mejia. Humanity and Hope United seeks to empower people and bring them closer to self-sufficiency. Currently, the organization is working on building walled homes in La Cuchilla. In addition, the organization is also bringing a playground to La Coroza and aims to create a chicken coop in Remolino.

“In order to pull people out of poverty, we must create sustainable changes,” states Mejia. A major emphasis of Mejia’s is that it is more beneficial to “focus on the needs of the individuals rather than just a single issue.” As an example, Mejia explains to The Borgen Project that the organization “entering into a random Honduran village with the mission to bring clean water may not be the best solution,” as opposed to other, more selective projects.

Mejia also says that “if they were also in need of more jobs, better education and houses, a single goal decided before arrival would not wholly support the village’s people.” Humanity and Hope United’s endeavors are “multi-faceted and well-rounded.” In its poverty reduction efforts, the organization seeks to “create a sense of ownership” in communities. Mejia notes that the populations “eventually become business owners, homeowners, high school graduates” and more.

Making the World a Better Place

Working for Humanity and Hope United, Mejia describes his role as a “dream job” where he is able “to create lifelong connections with people wanting to create a better world.” He explains further that his work has impacted his worldview, and as such, he sees the best in people, “understanding that everyone has a sacred story worth fighting for.” To emphasize the passion for his work, Mejia says, “Serving people with all my heart changed my life.”

Other examples of progress are seen in the La Cuchilla village. It used to lack clean water access, with homes constructed out of mud and sticks and 90% of children unable to attend school. Since the village’s partnership with Humanity and Hope United in 2017, crops and livestock provide jobs, income and food security, allowing for self-sufficiency. The village is working on obtaining more access to better healthcare, housing, classrooms and clean water.

Anyone is capable of joining the fight against global poverty and enacting meaningful, lasting change. Mejia’s advice for supporting the Humanity and Hope United Foundation “is to take the first step and visit Honduras.” Mejia emphasizes the importance of society “becoming a part of something bigger than ourselves.” He exclaims, “see the need with your own eyes, hear the stories that will impact your heart and let that goodness drive you to help others!”

By investing time, energy and money in organizations that aim to make the world a better place, an ordinary individual can make a significant impact in reducing global poverty.