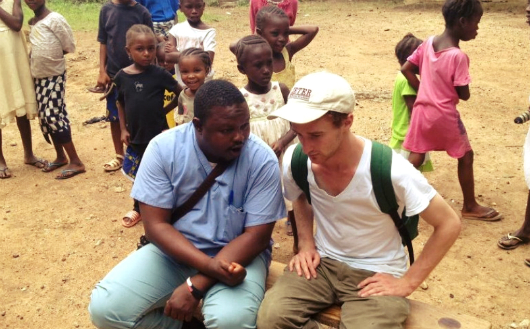 The report was published by Humanitarian Outcomes, a research institution that specializes in the international humanitarian system. The team collected the data through public sources and partnerships with the United Nations and major NGOs.

Humanitarian Outcomes has been tracking aid worker attacks and data since 1997. According to the group, more attacks occurred in 2013 than in any other year on record.

There were 190 major aid worker attacks in 2014, 74 less than in 2013. Still, an estimated 328 aid workers were affected last year with kidnappings, shootings and use of improvised explosive devices (IEDs) – all common types of attack.

In an innovative, joint project, Humanitarian Outcomes and Integrated Regional Information Networks (IRIN) created an interactive map that details all major aid worker attacks since 2000. The organizations state that their database is “the sole global open-source of this data.”

Some experts say that last year’s lower attack figures reflect the efforts that aid agencies have taken to improve security. Many agencies have stepped up their efforts to gain community support and use new technologies to keep workers safer.

Other experts believe that fewer aid worker attacks have occurred because international humanitarian groups are choosing to withdraw from volatile regions. As some organizations make the shift to “remote management,” which allows staff to oversee the agency from outside the conflict zone, they rely on local NGOs to deliver assistance. Analysts caution that these local groups are usually even less capable of providing security for their workers.

More than 3,000 aid workers have been attacked in the last 15 years. Of the 27 countries where these aid worker attacks took place, Afghanistan, Syria and South Sudan have the highest rates of violence. Many aid agencies feel pressure to maintain a presence in areas of conflict, even as violence worsens

In early June 2015, armed gunmen stormed an Afghan compound of People in Need, a Czech NGO that has worked in Afghanistan since 2001. The attackers shot aid workers “execution-style,” killing nine. Some were shot dead as they slept.

Afghanistan is the most dangerous country in the world for aid workers; nearly a quarter of all aid worker attacks occur in the conflict-ridden country.

Aid worker attacks have also been startlingly high in many central African countries, including in the Central African Republic (CAR). The United Nations Humanitarian Coordinator in CAR recently denounced the country’s growing trend of violence against aid workers. The July 22, 2015 statement came just days after the driver of a U.N. food convoy was shot dead while traveling on a major supply route.

“Humanitarian access continues to be hampered by various constraints in the country, particularly violence against civilians and humanitarian workers,” stated coordinator Marc Vandenberghe.

Years of civil war and sectarian violence have displaced an estimated 450,000 people in CAR. Many internally displaced persons are in desperate need of the humanitarian assistance aid workers provide.

Vandenberghe called on all conflicting parties in the CAR to cease the attacks on aid workers: “Allow them to do their jobs and save lives safely in the whole country.”