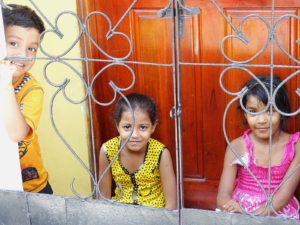 Sri Lanka is suffering from the worst economic crisis in the country’s history. The crisis’ impacts have reached into every aspect of Sri Lankans’ lives. A July 2022 report by Save the Children reveals the heavy toll economic problems have had on children’s mental health in Sri Lanka.

A Country in Turmoil

Since the start of the COVID-19 pandemic, Sri Lanka’s economy has been weakening. The World Bank estimates that the pandemic forced an additional half a million Sri Lankan people into poverty. As a result of Sri Lanka’s pandemic-induced economic downturn, the World Bank changed Sri Lanka’s classification from upper-middle income to lower-middle-income in 2020. In 2022, inflation and food shortages have exacerbated Sri Lanka’s economic struggles. Now, in August 2022, Sri Lankans are waiting for days in long lines for fuel and struggling to cope with food shortages and rolling blackouts.

In May 2022, the nongovernmental organization Save the Children began collecting data to better understand how Sri Lanka’s economic crisis affects children and families, with a particular emphasis on the impacts on children’s mental health in Sri Lanka. Save the Children gathered data from 2,309 households with elementary school-aged children in May and June. To collect data, Save the Children called families throughout the country and recorded responses from parents or caregivers.

Save the Children’s survey revealed that Sri Lankan families have borne several negative consequences of the economic crisis. Of the survey respondents, 85.1% reported losing income since the start of the nation’s economic crisis with 58.1% of families reporting economic losses of more than 50% of income and 10.9% losing the entirety of their income.

More than half of households described an inability to meet the family’s basic needs such as food, water, household goods, shelter and health care. Only 31% of respondents reported the ability to completely fulfill their family’s food and nutrition requirements. About 74% reported that they had needed to change their eating habits in the week before the survey to save money. A mere 17% of participants described that they had not had to make changes to their lifestyle to adapt to the economic crisis.

On June 9, 2022, the United Nations (U.N.) released a Humanitarian Needs and Priorities Plan that set the goal of helping 1.7 million Sri Lankans struggling with the consequences of the country’s economic downturn. On August 5, 2022, the U.N. released a follow-up report detailing that, since the release of the plan, it had already provided more than a quarter million children with school supplies, assisted 48,000 children in accessing uninterrupted learning, delivered food to more than 40,000 people and improved access to clean water for 31,450 people in Sri Lanka.

In addition to assistance from the U.N., the United States pledged $6 million in June 2022 to address Sri Lanka’s economic crisis. The U.S. funds will go toward supporting agricultural productivity and small businesses as well as facilitating governmental management of the crisis.

Aid from the international community will ensure that Sri Lanka can recover while safeguarding the well-being of the nation’s children.