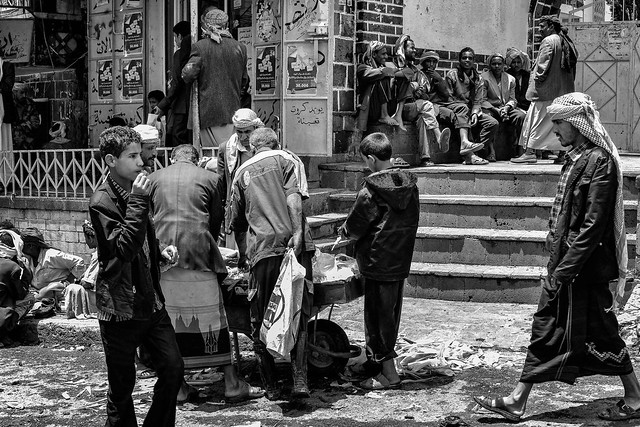 A joint report released in August by the Office of the United Nations High Commissioner for Refugees (UNHCR) and the International organization for Migration (IOM) said an exorbitant amount of conflict and displacement in Yemen resulted from civil war — 3,154,572 people were displaced, over two million of whom remain in displacement.

Unfortunately, this is not the first armed struggle the nation has seen. Yemen has ancient roots as the crossroads of Africa, the Middle East and Asia but the modern Republic of Yemen is a relatively new state.

It was formed when the communist South Yemen and traditional North Yemen merged in 1990 after years of struggle. There has been plenty of conflict and displacement in Yemen’s 26 years as a nation.

The merger did not ease tensions between the two different groups of people cohabitating the land. A southern separatist movement called for secession in a short-lived 1994 civil war.

Violence erupted once more in 2009 when government troops and rebel forces began fighting in the north in an armed conflict that killed hundreds and displaced over a quarter million people.

Arab Spring uprisings in 2011 inspired a wave of protests that forced then-President Ali Abdallah Saleh to resign. Yemen’s history of unrest and turmoil made it an easily exploited place for militant groups like Al-Qaeda and Islamic State, further destabilizing the already conflicted nation. Yemen lapsed into another civil war in 2014 that rages on despite peace initiatives.

With the rebel Houthis overthrowing the Yemeni government prompting a Saudi-led counteroffensive, the fighting in Yemen has had grave humanitarian consequences. The U.N. designated the humanitarian emergency as severe and complex as those in Iraq, South Sudan and Syria.

“The crisis is forcing more and more people to leave their homes in search of safety,” said Ita Schuette, UNHCR’s Deputy Representative in Yemen. The report also added that displacement in Yemen increased by seven percent since April as a result of escalating conflict and worsening humanitarian conditions.

According to the figures displayed in the report, as the conflict continues, the average length of time that people are spending displaced from their homes has increased.

Some 89 percent of refugees have been displaced for ten months or longer. Cumulatively, due to conflict and natural disaster, 8 percent of Yemen’s population remains displaced.

Although the situation looks bleak, conflict and displacement in Yemen should improve. Thankfully, the international community is stepping up to provide assistance. The U.N.’s World Food Program is providing food assistance to some 3 million people through monthly distributions.

The organization is also progressively implementing commodity voucher programs through local suppliers. Wherever there is suffering and conflict, the international community will be there to do what they can to provide food to the hungry and shelter to those who cannot go home.