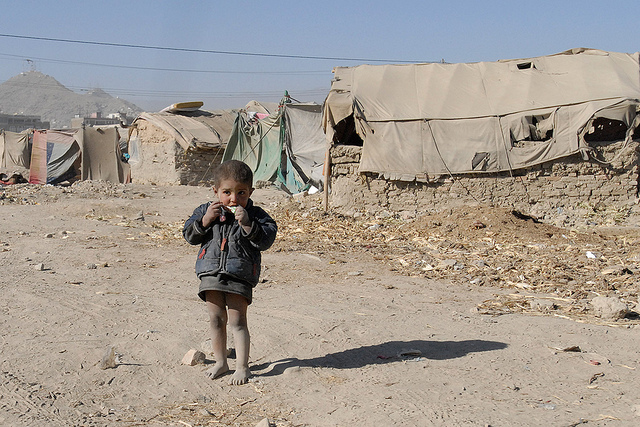 Global fragility is a compelling global phenomenon. The Organisation for Economic Co-operation and Development (OECD) has defined it as, “the combination of exposure to risk and insufficient coping capacity of the state, system and/or communities to manage, absorb or mitigate those risks. Fragility can lead to negative outcomes including violence, the breakdown of institutions, displacement, humanitarian crises or other emergencies.”

Rising global challenges such as climate change, global inequality, the development of new technologies and illegal financial flows, are all aggravating global fragility. Now more than ever before, these challenges most severely affect low and middle-income countries. Global fragility is a pressing issue as poverty is increasingly present in fragile areas and those affected by conflict. It is estimated that by 2030, as much as 80 percent of the world’s extreme poor will be living in fragile areas, becoming both a threat to global security and a prominent barrier to achieving the Sustainable Development Goals (SDGs) 2030.

Within the 2030 Agenda, SDG 16 outlines achieving peaceful, just and equitable societies. Additionally, this SDG emphasizes the importance of sustaining peace and conflict prevention. Peace and conflict prevention are not achievable with increasing global fragility risks and inefficient responses. Indeed, 2016 was the year affected the most by violence and conflict in the past 30 years, killing 560,000 people and displacing the highest number of people in the world since World War II. Moreover, countries that are part of the 2030 development agenda all committed to leaving no-one behind, stressing the need to address fragile areas.

Taking into account the elements mentioned above and the existing consensus on the matter, it is fundamental for countries and international organizations to address global fragility and take action by joining efforts. International institutions faced some blame for inadequate performance in fragile states. Recently, efforts began focusing on developing frameworks and tools to address fragility more efficiently. At the core of the solution to global fragility lies resilience. Additionally, this comprises of assisting states to build the capacity to deal with fragility risks and stabilize the country.

For example, the World Bank launched the Humanitarian Development Peace Initiative (HDPI) in partnership with the U.N. to develop new strategies to assist fragile countries. Under this initiative, the U.N. and World Bank will collaborate through data sharing, joint frameworks and analysis, etc. Additionally, the European Commission changed the way it approaches fragility, now concentrating more on the strengths of fragile states rather than their weakness, to assist them in resilience building and empowering them to do so.

All these efforts revolve around a set of core principles, stemming from lessons learned from the past. These mainly include empowering local governments and helping them escape the fragility trap. Another principle revolves around achievements in the long-term. Long-term achievements will ensure sustainability, as transforming deep-rooted governance takes time for effective implementation. Inclusive peace processes prioritizing the security of citizens, along with inclusive politics, are essential in the transformation of fragile states.

On December 20, the Global Fragility Act was passed as a part of the United States’ FY 2020 foreign affairs spending package, to address fragility more effectively. The Act emphasizes interagency coordination regarding development, security and democracy. In addition, the Act also highlights a more efficient alignment of multilateral and international organizations. As the first comprehensive, whole-of-government approach established by the United States, the efforts plan to prevent global conflict and instability.

The numerous actions and initiatives launched recently illustrate a significant step forward in addressing the threat of fragility. The common consensus between donor countries, multilateral and international institutions must now be translated into concrete actions.