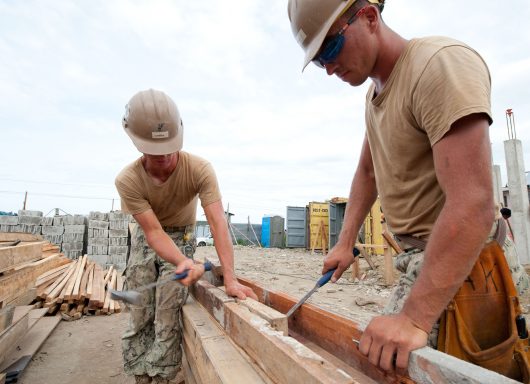 A developing country struggles substantially more when hit by natural disasters because of a lack of funding and resources. Vietnam, since 1986, is transitioning from an agrarian economy into a more industrial and market-based society. Because Vietnam is prone to natural disasters the ability for development becomes easily stunted.

The GDP in Vietnam has shown an increase, but in 2016 due to natural disasters, such as Typhoon Damrey, the targeted growth was not met. According to the government of Vietnam, Typhoon Damrey killed 89 people, injured 170 and damaged or destroyed 121,500 houses and homes. This disaster is one of several that disrupted crops, electric grids, and roads while affecting clean water access and sanitation. Humanitarian aid to Vietnam becomes a need to facilitate the recovery and development of the affected areas.

The Government of Vietnam cannot handle the scale of such disasters and aid must come from foreign countries or non-governmental entities. The USAID Office of U.S. Foreign Disaster Assistance (USAID/OFDA) provides aid for such incidents. For Typhoon Damrey this agency initially provided 250,000 dollars to the Vietnam Red Cross in order to establish clean water, sanitation and hygiene services.

The European Commission also supplies funding for relief and humanitarian aid to Vietnam. 2016 marked the deliverance of €2 million to provide communities affected by drought and saltwater intrusion with safe water, cash and safe hygiene practices. Other efforts relate to the devastation caused in 2013 by cyclones Wutip and Nari. Through the Disaster Preparedness Programme (DIPECHO) the Commission focuses to promote risk management and increase community resilience to natural disasters. The government of Vietnam, supported by the European Commission has made progress in disaster risk reduction. The high susceptibility of floods and typhoons that affect Vietnam calls for more aid though.

Some organizations exist to supply direct aid to the people of Vietnam in order to relieve the stress of natural disasters. Children of Vietnam started in 1998 by Ben Wilson, works in providing educational, nutritional and housing aid, focusing on the needs of Vietnamese children and families. This organization goes as far as bicycle and school scholarships, training families to raise livestock and to farm rice fields and fruit trees for higher productivity.

East Meets West Foundation is another non-profit humanitarian organization providing aid to Vietnam and working to downsize poverty. The people of this foundation look to increase self-sufficiency by improving health, education and economic conditions within Vietnam.  East Meets West brings education to low-income children, supports children with disabilities and developed Clean Water Program to supply potable water to over a hundred thousand people. Foundations such as these provide relief and help to a country that is faced with recurring natural disasters. Humanitarian aid to Vietnam is pertinent to the success of development within the country.