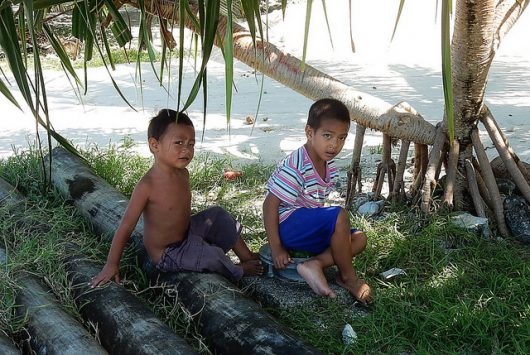 Tuvalu is an independent island country consisting of nine islands in the South Pacific. As one of the smallest countries in the world, Tuvalu’s economy is constrained. This is also affected by the country’s remoteness.

Despite Tuvalu remaining fiscally resilient, the poverty rate is still high. The small economy does not allow room to grow and the country has few exports, meaning that Tuvalu relies almost entirely on foreign aid. As of 2015, about 89.2 percent of the Growth National Income (GNI) was in foreign humanitarian aid to Tuvalu.

Tuvalu’s primary donor and partner in humanitarian aid is New Zealand. Official visits between Tuvalu and New Zealand began in 2010 and New Zealand created an official partnership in 2015 in order to bring humanitarian aid to Tuvalu. However, New Zealand has been helping fund Tuvalu since the 1980s. In 1987, New Zealand, Australia and the United Kingdom created the Tuvalu Trust Fund, an international fund dedicated to benefitting Tuvalu. The goal of the fund is to help Tuvalu reach financial autonomy.

New Zealand has continued to support and send humanitarian aid to Tuvalu, especially after Tuvalu joined the United Nations in 2000. The New Zealand Ministry of Foreign Affairs and Trade introduced and started implementing the New Zealand Aid Programme 2015-2019 in Tuvalu in early 2015. The program’s goal is to increase economic growth and create a sustainable economy, reduce poverty and increase Tuvalu’s resilience to natural disasters. Through the implementation of this program, New Zealand and Tuvalu have signed a Joint Commitment for Development.

The majority of the program’s funding goes toward activities and initiatives in Tuvalu. As of 2017, New Zealand’s Ministry of Foreign Affairs and Trade has spent $9 million in humanitarian aid to Tuvalu. Though the program is still new, improvements in Tuvalu have already begun. The Tuvalu Trust Fund has successfully adopted a new investment strategy which has resulted in economic growth. This has strengthened economic governance, returning just under $9 million to the government.

Furthermore, Tuvalu has seen a strengthening of resilience against natural disasters, specifically in Tuvalu’s capital Funafuti. The program has also funded the fixing of the Tagako Breach, a thin strip of land on the island of Funafuti. This has improved Tuvalu’s stability during cyclones and storms.

Though New Zealand has already helped create some stability and relief in Tuvalu, it is still working to make a more sustainable and prosperous economy in the country. The Ministry of Foreign Affairs and Trade, through the New Zealand Aid Program, offers scholarships to Tuvaluan scholars. The applications open in early 2018 and studying will begin in early 2019. The goal of these scholarships is to help young Tuvaluans get an education they can use to improve the development of their country.

New Zealand will also fund and implement the Tuvalu Borrow Pits Rehabilitation Project in 2018. Based mainly in Funafuti, the aim of the project is to improve the living standards, sanitation services and access to clean water. The project will fill up 10 borrow pits on the Funafuti Atoll. The project has already been approved.

The humanitarian aid to Tuvalu from New Zealand seems small but has already started making a difference. New Zealand has laid the groundwork for Tuvalu to continue to improve for years to come.