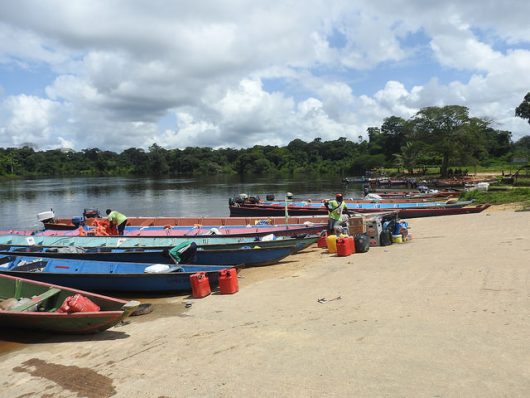 Suriname, officially the Republic of Suriname, is a small country on the northeastern coast of South America. Originally a Dutch colony, Suriname gained independence in 1975. Though Suriname is not a widely prosperous country, its economy has recently endured a variety of difficulties.

In 2016, Suriname’s Gross Domestic Product (GDP) was more than $3.6 billion, the unemployment rate was slightly less than 10 percent and the poverty rate was 47 percent.

The European Commision has also approved emergency funding for Suriname over the years, especially in the case of natural disasters. Suriname is prone to severe flooding, which can wipe out homes and businesses, and increase unemployment and poverty. Usually, this aid is geared toward the population’s health, hygiene and sanitation, food and water.

However, shortly after the Kingdom of the Netherlands completely pulled their funding to Suriname, the People’s Republic of China (PRC) increased its humanitarian aid to the country.

Since the immigration boom to Suriname in the 1990s, China has slowly been giving humanitarian relief to the South American country; in 2011, the Chinese government gifted Suriname with a new Foreign Ministry headquarters.

Also in 2012, China gave Suriname a grant of over 4 million to further the cooperation between both countries; however, it is unclear where this money is going. Since 2009, the Chinese embassy stated that development projects in Surinam — such as help with low-income housing, transportation, seaports and network television — are underway, despite any major initiatives.

Within the last 10 years, China has set up various companies, businesses, shops, casinos and restaurants throughout Suriname. While this has vastly helped decrease unemployment, the poverty rate is still high, with nearly half the country living below the poverty line. In exchange for the land, China continues to give Suriname grants, buildings and advancements for the military.

But not all of China’s aid is geared toward infrastructure and employment. In 2016, China provided Suriname with $1 million in humanitarian aid specifically geared toward Zika-related assistance. This included medical supplies and funding for medication and hospitalization for those affected. Zika virus is an infection most commonly found in Central and South America and can be fatal.

Suriname still has a long way to go before it is a completely stable country. The poverty rate still needs to lower significantly and the GDP must increase to be considered a prosperous economy.

Though the success of humanitarian aid to Suriname is slow, the funds thus far have laid a solid groundwork. The Surinamese now have the tools they need to become a prosperous and independent country.