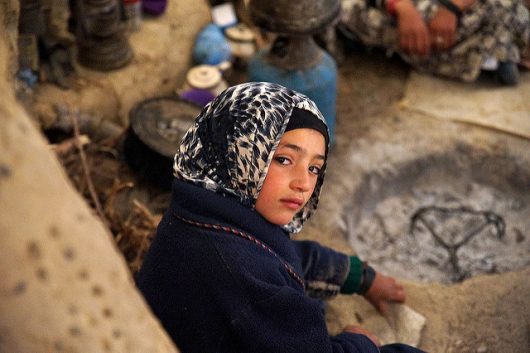 As the U.S. continues to send humanitarian aid to Morocco, the Moroccan government works to protect its country from terrorist threats.

“Morocco has a comprehensive counterterrorism strategy that includes vigilant security measures, regional and international cooperation, and counter-radicalization policies,” the U.S. Department of State’s Bureau of Counterterrorism reported online. A 2013 report revealed several steps Morocco has taken that have successfully led to the dismantling of terroristic plots.

A founding member of the Global Counterterrorism Forum (GCTF), Morocco also participates in the U.S. Department of State’s Antiterrorism Assistance (ATA) program. These preventative efforts and partnership with the U.S. and the U.N. have contributed to the country’s leading role in the fight against terrorism in the Middle East.

“Morocco is number one in its national security, but that’s not the main reason for the safety of our country,” Zakaria Hamzaoui, Moroccan citizen and political advocate, said. “We take great steps to improve the quality of life for all people, especially young people, so that people are satisfied with their freedom.”

Indeed, providing hope and opportunities for the most marginalized population reduces a community’s rates of conversion to extremism. Because a population’s youth remains the most likely demographic to cause unrest, targeting this group through youth programs effectively redirects energy and attention to more positive outlets.

According to the U.S. Department of State’s website, a 2016 study showed that U.S. Agency for International Development (USAID) programs have helped to directly improve the lives of more than 12,000 marginalized, at-risk youth since 2012. These programs include a career development system that increases employability and various civil development initiatives that address the roots of unrest.

These initiatives are not limited to U.S.-funded aid; Kuwait, Saudi Arabia, Qatar and the United Arab Emirates have also contributed humanitarian aid to Morocco in the form of a five-year agreement. This deal, totaling $5 billion in aid, will expire at the end of 2017, and its benefactors intend its use for counterterrorism and economy-building through the promotion of new infrastructure and increased tourism.

By combatting the sources of unrest that lead to the growth of extremist ideologies, Morocco and supporting countries have committed to taking preventative actions that help build the country and strengthen its national security. As a result of these efforts, Morocco remains at the forefront of the counterterrorism fight in the Middle East.