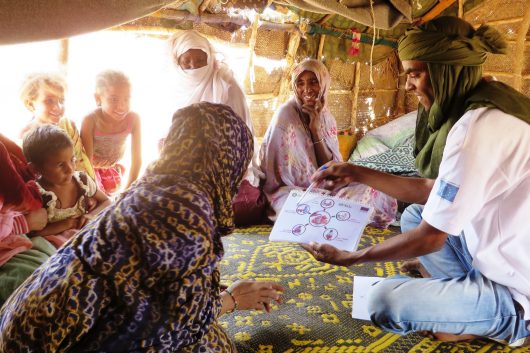 Mauritania is an impoverished country located on the west coast of Sub-Saharan Africa in the Sahel region. Of its 4.1 million people, 42 percent live below the poverty line. The population faces additional challenges of high youth unemployment rates and low levels of formal education. However, a huge decline in the poverty rate during the 2010s and successful projects in humanitarian aid to Mauritania place the country in a position to grow economically.

Mauritania gained independence from France in 1960 but has since seen two coups creating some political instability. The first occurred in 1978 and the second 30 years later in 2008. The second coup coincided with a time of poverty reduction, and the 2000s, in general, brought GDP growth for Mauritania. The mining industry is large in Mauritania and was a big factor in that growth due to an increased global value of minerals.

Humanitarian aid to Mauritania can help further boost the growth of the country and benefit the people. Below are four areas in which humanitarian aid has been a success.

Despite the improvements in Mauritania in the 2000s, there are still many people living in poverty and the country faces development challenges. Humanitarian aid to Mauritania has been essential to helping the people of the country and will continue to help grow the economy.