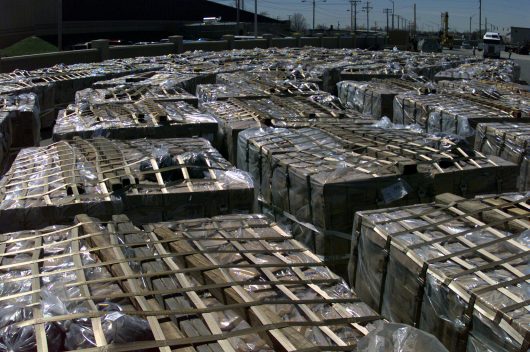 In February 1998, the armed conflict between the Kosovo Liberation Army (KLA) and the Federal Republic of Yugoslavia (FRY) came to a head when Slobodan Milošević, the President of the FRY in the late 90s, responded to KLA guerilla operations with an increased intensity.

Following the FRY’s elimination of Kosovo’s semi-autonomous status, after they gained independence from the Soviet Federal Republic of Yugoslavia, the KLA instigated a guerilla movement against the Serbs in the hopes that doing so would call international attention to their plight. Unfortunately, despite a clear degradation of political relations between Serbia and Kosovo, the international community failed to intervene with the speed and authority necessitated by the impending disaster.

Eventually, it became obvious that the time for diplomatic action had passed unheeded. The result was catastrophic. On the heels of an already displaced 400 thousand Kosovar Albanians and an estimated killing of 1,000 civilians by FRY forces, NATO opted to instigate a campaign in Kosovo that was at once, illegal and legitimate. Illegal in the sense of it never being approved by the U.N. and legitimate in that it was the only option available for the prevention of further human rights abuses in Kosovo.

The result of the infamous NATO Air Campaign in Kosovo, lasting between March 24 and June 10, 1999, and effectively ousting Serbian forces from the region, was the abrupt displacement of nearly 1.5 million individuals within Kosovo and into neighboring Albania and Macedonia.

The issue then became how so many innocent civilians were going to survive. The solution is the question of this article: What was the success of humanitarian aid to Kosovo? The answer concerning aid during the immediate crisis is that despite the unprecedented amount of relief aid thrown at the conflict, its implementation was haphazardly managed and ultimately far less effective than it should have been.

Humanitarian aid to Kosovo during and following the NATO Campaign was marred by a lack of collaboration between aid organizations – of which there were over 250 operating in Kosovo and Albania alone. As well as a seeming lack of professionalism among even the most seasoned aid agencies (UNHCR). One report evaluating the failures of their response, sights appointment of inexperienced staff to positions of leadership as one of the many problems that plagued the humanitarian response.

Today, more than 18 years after the beginning of the crisis, Kosovo has yet to rid its borders of the aid organizations that came during the war. The greatest problem facing Kosovars is unemployment which had reached 35 percent in 2016.

One of the ways the issue of unemployment is being addressed is through social enterprises. In Kosovo, these take the form of small businesses established by locals to provide basic necessities to the community. These types of programs are what many aid workers are turning to as they search for alternatives to the continued presence of large aid organizations in Kosovo.

The success of humanitarian aid to Kosovo can, more or less, be regarded as a failure given the continued need for aid nearly 20 years after the end of the war.