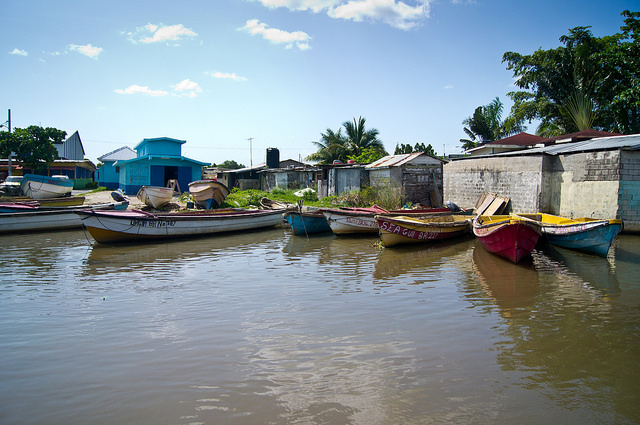 Despite its upper middle-income status, Jamaica is one of the slowest growing developing countries in the world. With high public debt and many external shocks, limited energy access and the country’s vulnerability to natural disasters like hurricanes and floods, Jamaica has a lot to improve in order to eliminate poverty and fast-track its economic growth. Successful humanitarian aid to Jamaica has addressed many of the concerning issues that will help the island move in the right direction.

A serious economic restriction for Caribbean island nations such as Jamaica is a lack of energy security. Jamaica relies on imported oil and even though prices have gone down in recent years, electricity prices are still among the highest in the Western hemisphere. Outdated power grid infrastructure, underutilized renewable energy resources and unmet potential of energy efficiency are just a few of the problems created by this energy deficient.

The USAID Caribbean Clean Energy Program is a five-year development project aimed at promoting investment in renewable energy and energy efficiency for the future. Through regional partnerships, this humanitarian aid to Jamaica works to optimize variable renewable energy integration, work with private sectors to drive investments in clean energy development and improve the environment for clean energy advancement.

Upgrading infrastructure, especially in urban areas, can mean a world of difference in enhancing community safety. The Jamaica Integrated Community Development Project helps economically and socially vulnerable communities by improving basic services like waste management, street lighting, paved roads and drainage, as well as introducing violence interrupters and school-based violence prevention. Created by a partnership with the government of Jamaica and the World Bank, this humanitarian aid to Jamaica strives to end the violence and danger that has grown as youth unemployment levels have risen.

USAID is also involved with the U.S. President’s Emergency Plan for AIDS Relief. This U.S. government initiative works with civil society organizations to help those infected and affected by HIV/AIDS. In Jamaica, there are currently an estimated 29,000 people living with HIV. The goal of the program is to ensure HIV prevention care and treatment are being addressed across the island. Humanitarian aid to Jamaica focusing on health is vital to the country’s goal of becoming a developed nation, as HIV/AIDS is most prevalent among the poor and poverty-stricken.

There is still a lot of improvement that needs to be made in Jamaica in order for it to gain developed country status. However, these humanitarian initiatives show that there is hope and potential for this island nation.