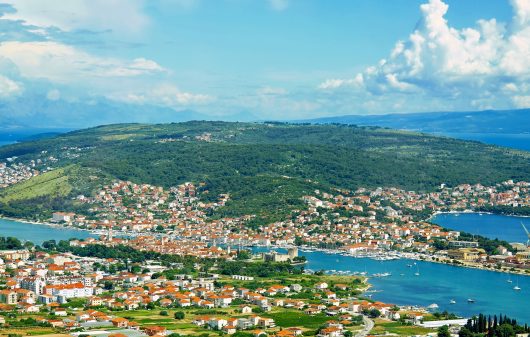 In the wake of the war with the former Socialist Republic of Yugoslavia that lasted from 1991 to 1995, Croatia has struggled to recover from the decimation of its economic infrastructure. The six-year-long recession beginning in 2008 also contributed to Croatia’s weak economic structure.

Children in Croatia took the hardest hit from the 2008 recession, with child poverty rising over 50 percent. Poverty and unemployment have contributed to an increasing number of children being placed in institutions because families living below the poverty line are unable to feed or care for these children.

Children with mental and physical disabilities, behavioral issues or psychological problems are particularly at risk. Croatia’s infrastructure does not have the specialized centers to adequately accommodate and support these children. Their families are offered very little support and the children are often removed from their families and placed in institutions where they are deprived of the parental support and specialized care that they need. With little support from within local communities, SOS Children’s Villages has stepped in to provide humanitarian aid to Croatia and its children living in poverty.

SOS Children’s Villages International was founded in 1949 by Hermann Gmeiner in response to the proliferation of orphaned children after World War II. Gmeiner’s vision was to provide loving care in a family environment for children that were without parental care for whatever reason, and to help families stay together so they could care for their children. SOS Children’s Villages now operate in 135 countries through the support of donors, child sponsors, partners and friends.

SOS Children’s Villages seeks to provide humanitarian aid to Croatia by supporting local children, young people and families. Children in institutions are placed with loving SOS families to receive essential care, attention and support. SOS provides housing for young people where they can learn to live semi-independently. Families also benefit from kindergartens that will look after their children while they work.