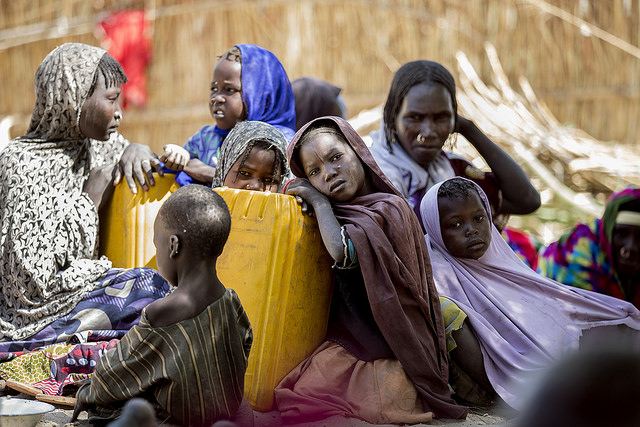 Cameroon faces many issues that include poverty, disease and violent extremism. Governments and organizations from around the globe have stepped up to provide humanitarian aid to Cameroon and help the country face these challenges.

Despite needing further humanitarian aid, Cameroon has seen progress in many areas. The poverty rate has dropped from 53 percent in 1996 to 37.5 percent in 2014. With the extensive network of organizations providing humanitarian aid to Cameroon, there is hope that the lives of the country’s citizens will continue to improve.

The U.S. government first established a diplomatic relationship with Cameroon in 1960. Current diplomatic efforts are focused on strengthening democratic institutions and thwarting destabilizing threats, such as the threat posed by the extremist group Boko Haram.

A second project, called the Central African Regional Program on the Environment, works to conserve the tropical forests in Cameroon and neighboring countries. The Office of Foreign Disaster Assistance and Food for Peace program assists refugees and those affected by conflict. Lastly, USAID also promotes economic development in Cameroon through the West Africa Trade and Investment Hub.

The United Nations Refugee Agency (UNHCR) works in Cameroon to provide refugees with the care and resources they need. The UNHCR found that there are over 320,000 refugees currently residing in Cameroon. UNHCR partners with the World Bank and the African Development Bank to empower and support these refugees.

The European Union has allocated €80.7 million in humanitarian aid to Cameroon since 2013. These funds go toward providing food, water and shelter for Cameroon’s refugee population and other vulnerable communities.

Other groups are providing humanitarian aid to Cameroon to combat HIV/AIDS in the country. In 2016, the Joint United Nations Program on HIV/AIDS (UNAIDS) reported that there were 560,000 people in Cameroon living with HIV. UNAIDS is partnering with other organizations like the World Health Organization to accelerate the HIV treatment response in the area. The Centers for Disease Control is also working to eradicate the disease in Cameroon.

Despite the many crises Cameroon faces, there has been progress in addressing these challenges with the contribution of aid from the global community. The success of humanitarian aid to Cameroon shows what can be accomplished with the unified response of organizations across the world.