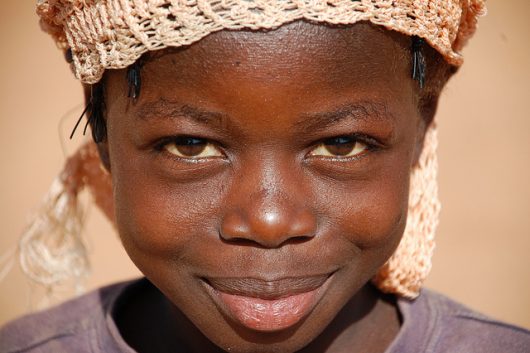 Burkina Faso is a country situated in Western Africa, and its capital is Ouagadougou. Burkina Faso – a former French Colony — is surrounded by the countries of Mali, Niger, Benin, Côte d’Ivoire, Ghana and Togo, making it a land-locked country. Being a part of Sub Saharan region, the climate is predominantly hot and semi-dry with an average annual rainfall of 25 cm to 115 cm. The country is rich in mineral resources like gold, manganese, zinc, phosphate, silver and diamond with gold being the major export commodity.

In spite of the country’s natural resources, about 45 percent of the population lives below the poverty line. Due to drought, deforestation and improper agriculture, food insecurity is a major problem in this area. Lack of high-quality drinking water also contributes to diseases like malaria, dengue, and yellow fever prevalent in the population.

HIV/AIDS poses a huge threat to the population of Burkina Faso. As a result of food insecurity and disease outbreak, education doesn’t find a place among the population.

The good news is various Foreign Aid Organizations like Millennium Challenge Corporation (MCC), UNICEF and United States Agency for International Development (USAID) are working relentlessly to address the problems faced by the country by offering humanitarian aid to Burkina Faso.

In its five-year compact from 2008 to 2013, the MCC along with the government of Burkina Faso invested in four different projects related to agriculture, land tenure, roads and girls’ education. The target of these projects was to reduce poverty, increase economic growth and educate the female population.

The above projects helped in irrigating more agricultural land as well as training farmers in growing more crops and raising better livestock. Legal protection has been provided to the farmers in securing their farmland. Roads were constructed in the rural region which helped in both reducing travel time and vehicle maintenance cost — developments that thus boosted the overall economic growth throughout the region.

The BRIGHT II Project of MCC (related to girl’s education) directed its efforts towards building schools, providing proper facilities for female education and increasing access to school education. The result is that the completion rate of primary school students increased from 21 percent in 2008 to more than 57 percent in 2012. In this regard, humanitarian aid to Burkina Faso is working its way up towards success.

USAID provided human rights assistance to the government of Burkina Faso by helping to maintain a stable democratic governance. Under its support, the country held its first free and open democratic elections in November 2015, followed then by the municipal election in May 2016.

The Resilience Program of USAID focuses on increasing agricultural productivity and long term food security. It also targets improving the health conditions of the women and children whose mortality rate is higher and thus are more vulnerable to various diseases.

In collaboration with the World Food Program, the organization also provided food assistance to 30,000 Malian population who continued to take refuge in Burkina Faso as of December 2016.

Unsafe water is a leading cause of death in Burkina Faso. UNICEF works with the government in manually drilling water points in various remote areas so that mass populations can get access to safe water and hygienic sanitation. In the process, they are also providing employment to the common people by training them in locally produced and easily available tools.

Due to the contribution of humanitarian aid to Burkina Faso, the country has progressed in political rights, rule of law and information freedom. Despite its poverty, illiteracy and disease outbreak, Burkina Faso is slowly moving forward as a stable democratic country.