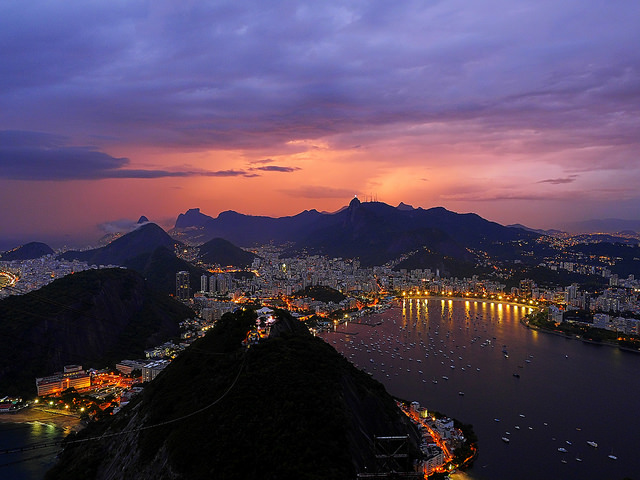 Brazil has the fifth largest population on the globe. Despite its reputation for luxurious resorts, crystal waters and festivals, it still struggles to employ its residents. This is mainly due to a large social gap, where the richest 1 percent control 50 percent of the economy. “Chronic poverty”, or the idea that someone born into poverty has very slim chances of rising above it, is a huge factor. Humanitarian aid to Brazil is set to decrease these numbers.

Poverty in Brazil is attributed mostly to child abandonment. Mothers and fathers are leaving their children in the streets due to low incomes, health problems such as HIV/AIDS, domestic violence and a lack of resources for their other offspring. With the harsh conditions on the streets, few children live to see their 18th year.

There are roughly eight million impoverished children living in Brazil. Due to a lack of education and resources, they resort to street performing, thievery and begging to survive. In many cases, they are taken in by drug lords and other criminals and used as drug runners and prostitutes. With little to no proper nutrition, they are feeding themselves with the refuse found in garbage bins and dumps. Without an education or a family to support them, they will most likely remain unable to become employed.

A lack of education is a terrible dilemma for the 26 percent of the population who live below the poverty line. According to the Brazil Without Misery Program, 4.8 million people are living on no income whatsoever. The program teamed up with Bolsa Familia to give humanitarian aid to Brazil and its people. They provide education and basic nutritional needs to low-income families around the country. The families receive cash benefits, and in return, they must work to keep their children in school and follow the basic health and vaccination program.

The United States is set to donate $815,000 to Brazil this year. The aid is deepening the bond between the two countries and is providing humanitarian aid to Brazil in ways that are desperately needed. The money is planned to be used to deploy new technologies in healthcare and to decrease the AIDS problem spreading among young mothers. This will hopefully lower the numbers of orphaned children, and in the process, will increase the chances of them receiving an education.

With projects around the country working to promote education and healthcare among the youth, the government has started making these needs their focus. It is providing internal humanitarian aid to Brazil itself. Women are receiving better hygiene education, children are receiving healthcare and the government is working to house homeless teens and provide them with schooling.

Politicians are fighting to make civilian welfare a priority. They are working to have the government approach the poor rather than the other way around. Promoting civilian education and welfare has greatly benefited the economy as well as other countries in the process. For instance, the World Food Programme opened an office in Brazil, overseeing school feeding and food security for families and students. The program provides meal assistance for 50 countries, including 47 million children.

Brazil has since seen positive growth in linking public policy with school meals and security. School attendance has increased steadily by 200,000 annually for the past 10 years. Education is becoming a priority for families as well as the country itself.

Brazil has elevated in ranks in recent years, becoming the ninth-largest economy in the world. This shift has led to it becoming a donor country for the first time in 2008, giving 53 percent of its donations to Africa and the rest to surrounding countries in Latin America.

While the country continues to receive assistance and is working tirelessly to promote education with a wider reach, Brazil is spreading its wings and dipping into the donor pool. The world has yet to see the difference this growing country can make.