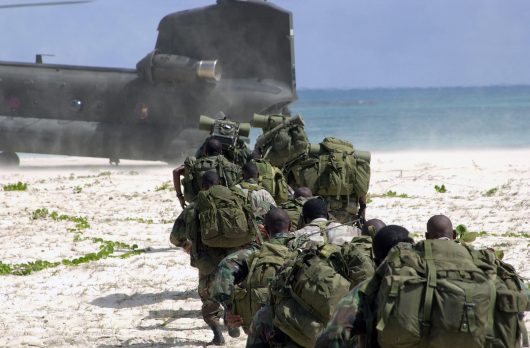 Located on the eastern coast of Central America, surrounded by the Caribbean Sea and the rainforest, Belize is a diverse and small nation of 366,000 people. The success of humanitarian aid to Belize has been evident.

Belize is subject to chronic instability, due to its vulnerability from climate shocks and a longstanding public debt burden. Policymakers have done much in undertaking adjustments to bring Belize back to a sustainable development trajectory. However, some are still at risk of getting left behind, like the country’s children, who are most vulnerable and affected by these challenges.

Despite these difficulties, Belize has made considerable advances in meeting the Millennium Development Goals (MDGs) for 2015, performing satisfactorily in health-related investments and progressing on a positive track for child and maternal mortality rates, HIV/AIDS and the environment.

Much of the humanitarian aid to Belize comes from UNICEF, who has been committed to Belize dating back to 1954. UNICEF established an office in the country after Belize gained its independence in 1981. It provided aid in the form of environment health, vector control, school feeding and the provision of school textbooks and supplies. Currently, UNICEF is focused primarily on young child survival, education and development, disparity reduction through policy investment, participatory governance and the protection of children against violence.

Another form of successful humanitarian aid to Belize by UNICEF is their response to the Zika Virus outbreak in the region, providing fieldwork support and training at the national and local levels, with the Sustainable and Child Friendly Municipalities Initiative. So far, UNICEF has allocated over BZ$116,000 to Zika relief efforts.

UNICEF also provided humanitarian aid to Belize during the aftermath of Hurricane Earl, which struck Belize on August 4, 2016. They provided aid totaling over BZ$153,000 to help the most vulnerable families. This was done in partnership with the Ministry of Human Development, Social Transformation and Poverty Alleviation, the Ministry of Labor, Local Government and Rural Development, city mayors, NEMO, Immigration and several non-governmental organizations (NGOs). The aid provided included the distribution of hygiene kits, the provision of support to shelters and the cleansing of debris and dissemination of emergency messages.

Similarly, Brazil donated provisions to Belize after it was hit by Hurricane Arthur in 2008, which was the worst tropical storm to affect the country in the past four decades. It provided 1,370 boxes of food, containing rice, beans, sugar, powdered milk, soy oil and ham in each box. Brazil also donated provisions valuing approximately $50,000 to assist the victims of Hurricane Dean in 2007.

With the success of humanitarian aid to Belize that has already been provided, the future of the country is looking brighter than ever. Still, there is a need for more aid that will improve the quality of life drastically in Belize.