Tag Archive for: Humanitarian Aid in the Philippines 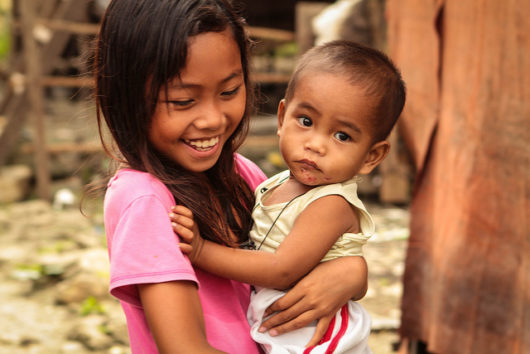 CARE is an international humanitarian organization that provides emergency relief and international development projects. Their mission is to save lives, fight against poverty, accomplish social justice around the world and help everyone to live in security. They also place focus on both women and children in several different countries who do not have equal rights and opportunities. CARE works in 94 countries around the world and supports over 1,000 humanitarian-aid and development projects fighting against global poverty.

CARE in the Philippines

This non-governmental organization has worked in the Philippines since 1949, and is known for responding to emergency disasters and providing preparedness and recovery. While typhoons and other natural disasters continue to affect the lives of many Filipino people, CARE’s disaster relief in the Philippines provides effective and innovative responses to emergencies.

CARE has responded to every typhoon in the Philippines, including Typhoon Pablo (Bopha) in 2012 and current Typhoon Mangkhut in 2018. One of the strongest storms, Typhoon Yolanda (Haiyan) in 2013, impacted around 17 million out of over 98 million people in the central region of the Philippines; this storm caused about 1.1 million homes to be damaged or destroyed.

Regarding this storm, CARE immediately took action starting with providing aid to the Filipino people. After about a year, CARE provided emergency food assistance to over 54,000 households, feeding more than 9,000 children within their supported government school feeding program and training 500 community carpenters to rebuild destroyed homes. The program’s humanitarian aid in the Philippines has also involved and implemented an awareness of principles for building safer houses as well as identifying exactly what the most vulnerable in the Philippines need.

CARE has partnered with disaster professionals to respond to those affected by this typhoon; the organization also hopes to accomplish providing aid to 150,000 Filipino people who survived this emergency and natural disasters.

CARE continues to provide disaster relief in the Philippines and responds to every storm and disaster:

This organization constantly continues their work in providing programs and teams to help relieve the Filipino people’s suffering during these storms and disasters. CARE focuses on providing disaster relief in the Philippines also promotes and desires to increase community resilience.

How CARE Provides its Aid

CARE provides its aid by amplifying the capacity of the people’s needs, adapting and predicting how certain disasters and issues are going to affect the population as well as discovering the causes of those in need of assistance. Due to this effort and dedication, CARE creates a better chance of implementing their humanitarian work while also adapting, protecting and reducing issues arising within the country.

CARE is currently responding to Typhoon Mangkhut, which is known to be one of the strongest storms to hit the northern Philippines in September 2018. CARE has immediately provided emergency response teams to Cagayan and they are continuing to assess damage and needs of the affected villages and towns. According to David Gazashvili, CARE Philippines’ Country Director, Care has “brought some supplies and shelter repair materials ready to be distributed to the affected families.” They are continuing to work with others responding to this typhoon to help assist the Filipino people’s needs.

Global Hand is a non-profit partnership that supports CARE and everything they do for the Philippines and other countries. The group also supports CARE’s desire to eradicate poverty and help those in need, especially families and those in need of aid and assistance.

Of course, there are other organizations such as USAID who have aided the Philippines during disasters. During the 2013 typhoon, USAID and the World Food Program had the ability to send 55 metric tons of nutritional foods to more than 20,000 children and 15,000 adults. According to USAID, the U.S. offered $20 million for humanitarian assistance for the emergency disaster in the Philippines.

CARE has always been there for the Philippines, never failing to be by the country’s side and help respond to emergency and natural disasters. While CARE also provides assistance in achieving equal rights for women and children as well as responds to sexual, reproductive and gender-based violence, CARE’s continued focus on disaster relief in the Philippines also helps end poverty. Their efforts in creating and implementing projects, programs and assistance will better the future and health of the Philippines.