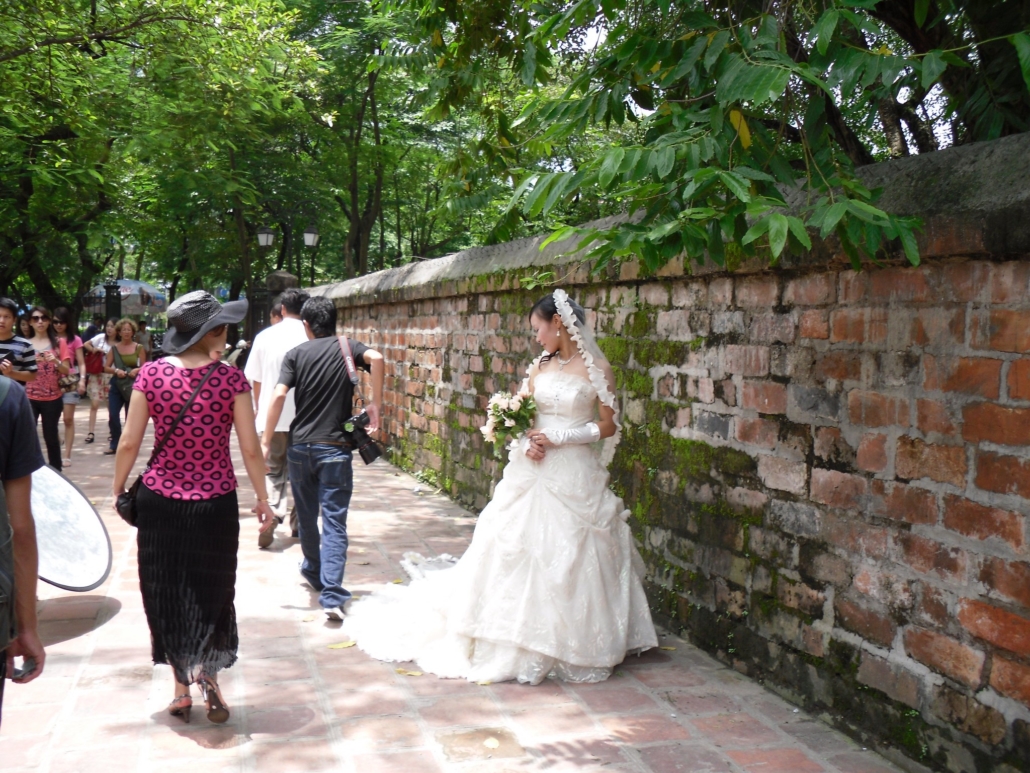 For the past 20 years, Vietnam has become a major exporter of foreign brides to East Asian countries such as South Korea, Japan, China and Taiwan. These countries are all experiencing low birthrates and are unable to replace their populations and continuing economic growth without help from migration in various forms. In China alone, an estimated 100,000 Vietnamese foreign brides exist. Marriage migration offers hope for some to improve standards of living for Vietnamese women but also leaves them susceptible to becoming victims of human trafficking during the process. Here is some information about human trafficking in Vietnam and some of its nearby countries.

There is little governmental oversight on the Vietnamese side of marriage migration, which means that potential brides are vulnerable to brokers and criminal elements in the process of migrating abroad. Although many choose to migrate abroad voluntarily, fees often exist when hiring marriage brokers. Upon arriving in receiving countries, the visa status for foreign brides ties to the new husband, which creates a power imbalance that men can easily exploit.

The porous borderland region between China and Vietnam is particularly problematic for women living in economically challenged northern provinces of Vietnam. Traffickers moved at least 3,000 women and children from Vietnam to China from 2012-2017 for purposes of marriage migration and sex trafficking. Many were victims of rape and physical abuse in transit and China. On the Chinese side, there is little transparency on the true figures of marriage migrants, regardless of whether the foreign brides were there willingly or not.

Lack of Protection for Victims of Abuse

Several scandals involving foreign brides from Vietnam and other countries have rocked South Korea over the past 10 years with their South Korean husbands beating them, and in some cases, murdering them. South Korean government programs and NGOs have provided more protective measures to address these tragedies, but many foreign brides still avoid these groups out of the concern they might lose their visa status and have to go back to Vietnam. In 2015, reports determined that four out of 10 international marriages in South Korea ended in divorce within the first five years of the marriage, leading the Korean government to place more restrictions on marriage migration.

In China, human trafficking networks brought in an estimated 5% of Vietnamese foreign brides and initially sold them into prostitution upon their arrival. When living in China, some new husbands imprison their foreign brides and sell them repeatedly to different partners in a form of modern-day slavery. If victims are able to escape, they quickly undergo deportation back to Vietnam.

If foreign brides escape or decide to return to Vietnam after a failed or abusive marriage overseas, NGOs such as Blue Dragon, Pacific Links and others in Vietnam have to fill in to assist these women, rather than governmental agencies in many instances. During the COVID-19 pandemic, organizations like these are struggling to provide adequate support for returnees and will need additional help to properly provide care to citizens.

How to Address These Risk Factors

The Blue Dragon NGO offers a variety of services for victims of human trafficking in Vietnam, including psychosocial support for trauma, legal representation and providing emergency shelter for recent victims. To date, it has directly rescued nearly 600 women from brothels and forced marriages (mostly in China) and assisted the police with an additional 627 cases to help women return to their villages in Vietnam.

South Korea has been showing positive steps in offering classes in cultural awareness and the South Korean language for newly arrived Vietnamese spouses. The South Korean government has reportedly budgeted $100 million per year to fund these programs. It could also expand these programs and encourage them in other East Asian countries to raise more general awareness of the risk factors involved in transnational marriages.

The government of Vietnam in recent years is making more of an effort to address human trafficking through awareness campaigns, legal representation for victims and lengthening time periods for shelter and financial assistance. Penalties for human traffickers have also stiffened as a punitive measure, with convicted individuals facing five to 10 years imprisonment and steep fines.

Widespread marriage migration will likely continue throughout Asia as birth rates continue to drop throughout the developed parts of the region. As immigration procedures tighten for labor migration, marriage migration has become a loophole that while technically legal, must still undergo monitoring to ensure protection for Vietnamese women who participate.