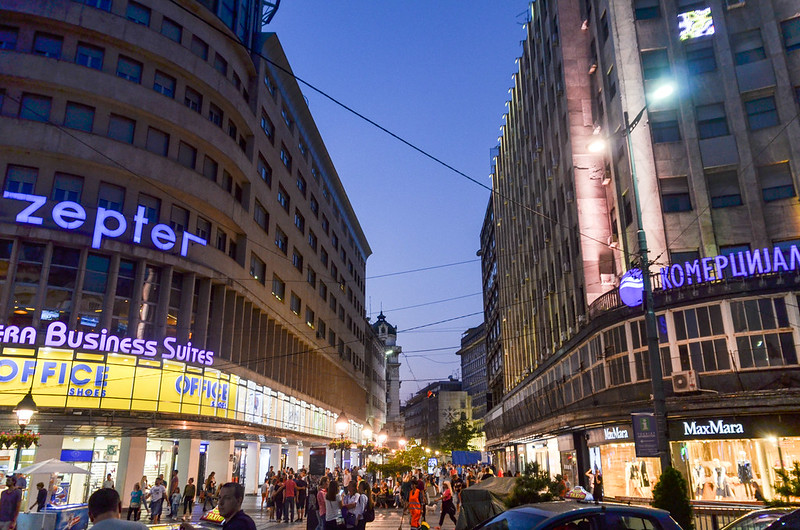 The U.N. has stated that human trafficking is the “recruitment, transportation, transfer, harboring or receipt of people through force, fraud or deception, with the aim of exploiting them for profit.” Nicolas Bizel of the EU delegation to Serbia believes that human trafficking is “the most profitable criminal activity in the world.” In the 1980s, many considered Serbia more prosperous than its regional neighbors. However, the affluence of Serbia would not last. ASTRA – Anti-Trafficking Action suggests that due to the subsequent Yugoslav Wars, the arrival of different foreign military groups into the region allowed for human trafficking to thrive in Serbia. According to ATINA, Serbia today is considered a “source, transit and destination country for children, women and men trafficked for the purpose of sexual and labor exploitation.”

The Link Between Poverty and Human Trafficking

Serbia’s poverty rate was 24.3% in 2017. In comparison, Serbia’s neighbor Hungary had a poverty rate of 12.3% in 2019, significantly lower than that of Serbia. The GDP per capita in Serbia was $9,230 in 2021 and the unemployment rate was 10.1%. Transform Justice found a strong correlation between poverty and violent crime, whereas crime and corruption are more common in nations with higher poverty rates.

In 2021, there were a total of 46 officially identified victims of human trafficking, 39 of whom were Serbian citizens. However, it is increasingly difficult to estimate the true number of victims. ASTRA Anti-Trafficking Action understands that the number could be significantly higher. Many victims of human trafficking “remain invisible to the public eye.” The main reason for this seems to be that the exploited are working in closed-off environments such as abandoned factories or fenced-off estates.

Human trafficking in Serbia affects women and children significantly more than men. Women and children count for the majority of victims in Serbia. For women, it is most likely that traffickers exploit them for sex work throughout Europe. In fact, the thriving sex trade in Serbia has “overwhelmed the police” who have become unable to sustain the campaign against human trafficking and the sex trade. The Institute For War & Peace Reporting states that the campaign against the industry is sure to fail until many women stop viewing escort work as a way out of poverty.

According to the U.S. Department of State’s 2022 Trafficking in Persons Report, Serbia was downgraded to a tier 2 rating. This means that Serbia failed to meet the minimum standards for the elimination of human trafficking, however, it is “making significant efforts to do so.”

Serbia has set penalties for sex trafficking and labor trafficking to two to 12 years imprisonment for an adult victim and three to 12 years for a child victim, according to the Trafficking in Persons Report. This is in line with serious crimes such as rape.

The Serbian Police filed complaints on 63 suspects, an increase from 57 in 2020. The Public Prosecutor’s Office (PPO) investigated 35 suspects in comparison with 22 in 2020. However, the PPO failed to prosecute more defendants than in 2020. Alongside this, courts convicted 16 traffickers compared with 18 in 2020, according to the same report.

The organization has employed several methods to tackle human trafficking. Primarily, an information and prevention campaign in Serbia. This includes encouraging people to pay attention, recognizing human trafficking in their environment and reporting the case. Alongside this, ASTRA educates individuals on early potential signs that they may be potential victims such as whether a potential job offer is real.

ASTRA – Anti-Trafficking Action has acknowledged that it is fighting an increasingly difficult battle due to the indifference of the Serbian institutions. As a result, it has a hotline in case any individual would like to report a matter: 011-785-0000.

The Serbian government and ASTRA – Anti-Trafficking Action’s desire to eradicate human trafficking in Serbia could be a positive step. With human trafficking largely affecting the most vulnerable, any positive action can help improve the future living situation for the most exposed in Serbia.

A healthy and growing economy can only help the poorest in Serbia, raising the standard of living and reducing poverty. Reducing poverty makes it harder for organized crime to partake in human trafficking. Reducing the risk for the most vulnerable. 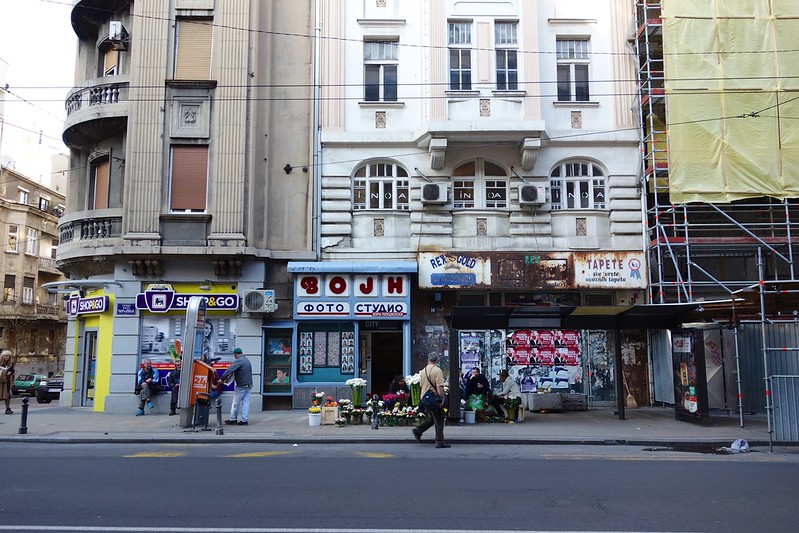 According to the U.S. Department of State’s 2021 Trafficking in Persons Report, Serbia ranks as a Tier 2 country, which means “the Government of Serbia does not fully meet the minimum standards for the elimination of trafficking [in relation to the Trafficking Victims Protection Act of 2000] but is making significant efforts to do so.” The U.S. Department of Justice defines human trafficking as “a crime that involves the exploitation of a person for labor, commercial services or sex.” According to the NGO Atina, “Serbia is [a] source, transit and destination country for children, women and men trafficked for the purpose of sexual and labor exploitation, coercion to commit crimes, forced begging and forced marriage.”

Human trafficking is more common in countries with higher poverty rates as lack of money/resources is one of its driving factors. Economic deprivation makes individuals more vulnerable to human trafficking as many impoverished people are desperate to find a way out of poverty. Low-income families sometimes resort to sending their children away with seemingly trustworthy people promising to provide the education and resources needed. Serbia is one of those developing countries where the poor state of the economy contributes to the prevalence of human trafficking. The country had a poverty rate of 21.7% in 2019, according to the World Bank, and an unemployment rate of 10.1% in 2021.

Types of Human Trafficking in Serbia

Human trafficking in Serbia involves men, women and children. However, women and children are the most vulnerable, representing the majority of victims. The targets are both domestic and foreign, with Roma children in Serbia being more likely to fall prey to human traffickers. This is a consequence of the discrimination and marginalization of the Roma community. Unfortunately, the majority of the Roma population also faces difficulties accessing social protection, decent housing and other essential resources.

Usually, Serbian women are trafficked in sex work all over Europe, particularly in Turkey, Austria, Germany and Italy. Men, on the other hand, are mainly forced to work in labor-intensive sectors, whereas children are pushed into “sex trafficking, forced labor, forced begging and petty crime.” According to the 2021 TIP Report, “thousands of migrants and refugees from the Middle East, Africa, and Asia transiting through or left stranded in Serbia are vulnerable to trafficking within Serbia.”

According to the 2021 TIP Report, courts and judges are often lenient toward defendants accused of human trafficking and forced labor, with some judges displaying victim-blaming attitudes and prejudices, especially toward vulnerable groups and Roma people.

Over the last few years, the Serbian government has increased national spending on anti-human trafficking efforts. For instance, the government gave $240,080 to the Center for Protection of Trafficking Victims (CPTV) and the Urgent Reception Center (URC), a sharp rise in comparison to the $31,320 contribution in 2019.

The government has also implemented awareness campaigns and stepped up law enforcement efforts. In 2020, Serbian authorities prosecuted 42 defendants for sex trafficking and forced labor under article 388, a reduction from 47 prosecutions in 2019. Serbia has set penalties of up to 12 years for such criminals and convicted 18 traffickers.

In order to investigate forced labor, the Ministry of Interior founded a new investigation unit in 2019. The COVID-19 pandemic had, however, delayed trials and negatively impacted police investigations, which are crucial in the battle against human trafficking.

Atina founded the social enterprise Bagel Bejgl as a means of providing girl refugees, migrants and trafficking victims with an opportunity to achieve economic independence. Atina director Marijana Savic said on the NGO’s website that the girls also learned valuable skills while working in the bagel shop to take forward into future employment.

The Serbian government’s efforts to address human trafficking are a step in the right direction in order to secure a better future for the country’s most vulnerable people. Furthermore, Serbia has seen an improvement in the state of the economy with a GDP growth rate of 7.4% in 2021 in comparison to -0.9% in 2020. A stronger economy may allow the country to provide vulnerable citizens with stronger social safety nets and raise living standards in Serbia. With less poverty, citizens will be less vulnerable to the conditions of modern slavery and forced labor.