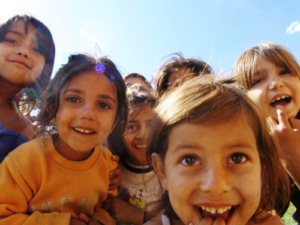 North Macedonia is a small Balkan country and according to the Freedom House Index, it is considered a partially free country. This means that when combining political rights and civil liberties, the score is not high enough to be considered a free country. Intimidation into voting for certain parties, corruption and lack of government transparency are the main political issues. Also, the score for civil liberties is low when it comes to issues such as a fair judicial system, corruption, forced labor and child marriage. These last issues suggest that human trafficking in North Macedonia remains a serious problem. Despite this, the country has made some improvements recently that are worth knowing about.

The economic conditions in the country and its weak judicial structure facilitate the work of criminal organizations. Foreign and local women are mainly the victims of forced labor in nightclubs. The victims are also sent to and exploited in other European countries. This also suggests that North Macedonia serves as an easy destination to coordinate international human trafficking. In addition, child labor and forced marriage are mainly caused by human trafficking.

According to a report published by the U.S. Department of Labor, more than 18% of children between the ages of 5 and 14 are working rather than receiving an education. These children are normally forced into begging or other types of street work. Adolescent girls are also victims of sexual exploitation.

Furthermore, the Roma ethnic community is especially vulnerable to human trafficking in North Macedonia. Roma children face discrimination in the education system, as most schools do not provide classes in Romani. This condition makes the Roma community the one with the lowest education rates in the country. Therefore, it incentivizes both perpetual poverty and an increase in child marriage. Roma girls are, thus, especially vulnerable victims of trafficking for the purpose of forced marriage.

How is the Situation Improving?

The most recent improvements to combat human trafficking in North Macedonia are focused on:

Due to the National Strategy 2021-2025, the government has implemented some positive measures in order to increase the victim’s protection. In 2021, 48 victims were identified, compared to seven the previous year. Of these, 40 were victims of forced labor. The Ministry of Labor and Social Policy (MLSP) created groups formed by NGO volunteers, social workers and officers in order to improve protection efforts. For example, during the last six months of 2021, these groups managed to detect more than 200 vulnerable people. Furthermore, the government also increased the funds dedicated to protection. More than $22,000 was earmarked to increase the safety of victims, as well as the quality and capacity of shelters. It also dedicated more than $8,000 to the activities performed by the MLSP groups.

Decreasing the educational gap between Roma and non-Roma children is among the top priorities in order to reduce the vulnerability of this specific group. In recent years, North Macedonia has made some improvements. The Directorate for Development and Promotion of Education in the Languages of Minorities is responsible for improving the quality of education for minority groups such as the Roma ethnic group. By 2019, the Directorate included two Roma employees in order to better address the necessities of this community. Moreover, in November 2022, the Ministry informed that 40 Roma employees will work as mediators in schools with the highest numbers of Roma students in order to improve their educational experience and decrease the dropout rates.

In order to increase the prevention of future cases, the National Commission (NC) and the MLSP incorporated the feedback given by victims in order to implement effective action plans. Thanks to these recommendations and the assistance granted by international groups, the NC managed to conduct four different investigative projects focused on the prevention of trafficking. The government also focused on increasing awareness among vulnerable people, especially young students in order to avoid the risk of human trafficking in North Macedonia. It also implemented a system focused on labor inspections to ensure that companies are not involved in human trafficking and criminal acts.