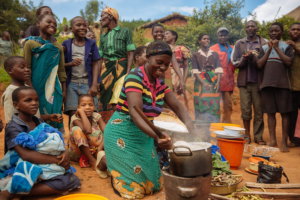 “After feeling pity with my situation, my friend asked [me] to go where she works. Upon reaching there, I was disturbed to see that it was sex work. I could not object because I needed money.” According to the Voice of America (VOA), that was the reason 17-year-old Hilda became a victim of sex trafficking after the death of her parents. Unfortunately, the wish to escape poverty fuels human trafficking in Malawi.

Located in Southeastern Africa, Malawi spans over 45,000 square miles and has an estimated population of 19 million. Although the government passed the Trafficking in Persons Act in 2015, human trafficking in Malawi remains rampant for many reasons, including Malawi’s extreme poverty, cultural practices and lack of law enforcement. Of course, the effects of COVID-19 also exacerbate this problem. Here are five reasons why Malawi is a source of trafficking:

Although human trafficking in Malawi continues to be a huge issue, numerous social organizations are on the ground attempting to tackle the problem. In 2020, People Serving Girls at Risk (PSGR), a local NGO helping trafficking survivors, handled more than 600 cases of sex trafficking. Yet the Malawi Police Services only reported the arrest of 48 suspects and convicted only 30 of them. That’s one reason PSGR recently launched a six-year project to mentor sex workers to learn income-generating skills so they will become less vulnerable to sex trafficking. PSGR Team Leader Caleb Ng’omba said, “Our core purpose is to empower them with vocational and other skills that they could use to generate income to reduce their vulnerability to sex work, early marriages or child labour.”

The five causes of human trafficking listed above are no doubt serious hurdles that the Malawian government face, but the continuous effort of both the administration and the NGOs could result in significant progress in the near future.