Tag Archive for: Human Rights Issues in the Marshall Islands 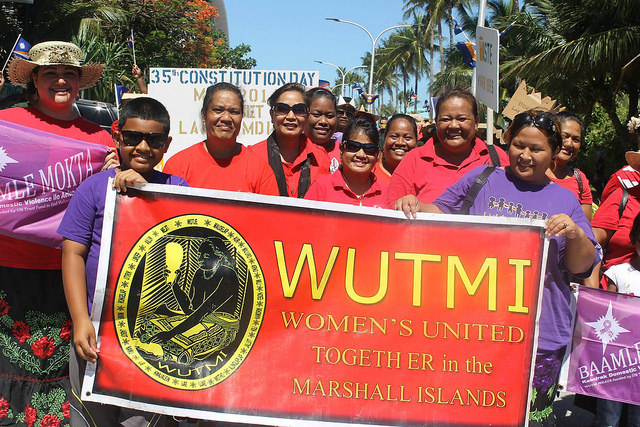 The Marshall Islands, like every country, has human rights issues that plague the nation. According to a 2015 Human Rights Report, the country’s human rights issues include the conditions of its prisons, domestic violence and corruption within the government. Along with these, the Marshall Islands struggles with the protection of worker’s rights, child abuse and trafficking.

The conditions in the Marshall Islands prison facility in Majuro were not up to code in 2015. In the older wing of the prison, the area was much darker and cleanliness was low compared to the newer wing. There were no fights or deaths, however, and no inmates complained of mistreatment.

The Marshall Islands government has yet to find a way to deal with the effects of 67 nuclear weapons tests that were conducted by the United States from 1947 to 1958. 14,000 Marshallese had to relocate and have struggled to keep their health in check long-term because of this. The survivors of this testing have since spoken up and the Nuclear Claims Tribunal awarded them $2 billion. This amount was not paid out in full, however, due to lack of funds.

In 2012, the U.N. discovered that more than 60 years later, a long-term solution has yet to be found for the people displaced by the testing. Calin Geogescu, a United Nations Special Reporter, believes that solutions need to be specific to the needs of each individual atoll affected.

Refugee status is still not accessible for the Marshallese. As the effects of climate change cause sea levels to rise higher each year, there is a good chance that their homeland will be gone soon. The Marshall Islands’ laws do not have a system in place to protect its citizens who seek asylum or refugee status. If the islands and atolls fall completely victim to climate change, the Marshallese will have nowhere else to go because their refugee status does not exist.

The NGO Women United Together in the Marshall Islands and a 2011 Domestic Violence Protection and Prevention Act are both attempts at preventing this injustice. The Convention on the Rights of the Child has been focused on keeping the children of the Marshall Islands away from violence and trafficking as well. They primarily give their attention to “the right of children to survival; to develop to their fullest potential; to protection from abuse, neglect and exploitation; and to participate in family, cultural and social life.”