Tag Archive for: Human Rights in the UAE 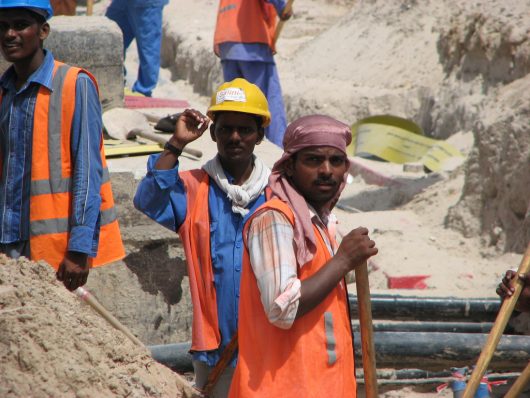 The United Arab Emirates (UAE) is one of the richest nations on earth, best known around the world for the city of Dubai and its glitzy developments and jaw-dropping skyscrapers.

A darker side of the Emirates exists concurrently with the nation’s modern image. Human rights in the UAE are sorely lacking, and the experience of some Emiratis, particularly for its migrant workers, is one of labor abuses, indefinite detention and even torture.

Amnesty International has identified repeat offenses where human rights are violated in the UAE. Peaceful critics of the ruling royal family regularly face prosecution without sufficient trials; arbitrary detentions have led to “disappearances” of critics altogether and female Emiratis are largely unprotected under UAE law from sexual violence or domestic abuse.

The UAE is a nation of immigrants who make up 88 percent of the population; 65 percent of these are migrant workers from South Asia and this community often faces harrowing violations of their human rights. The ‘kafala’ system requires workers to receive sponsorship from an employer before arriving, making them legally dependent and vulnerable to abuse.

On projects like Saadiyat Island, soon to be home to an NYU campus and a surrogate of the Guggenheim Museum, striking migrant workers have been deported, others have had their passports confiscated and wages have been withheld. In a 2009 report, Human Rights Watch urged the UAE government to reform the kafala system to prevent these abuses taking place. However, subsequent visits to Saadiyat revealed violations to have continued and any reforms put in place to have been inconsequential.

Human Rights Watch, under pressure from the UAE authorities, has to conduct their research and interviews discreetly. As a result, the extent of human rights violations is unclear and difficult to address effectively with any third-party organizations.

However, organizations such as the Tourist Development and Investment Company (TDIC) have taken steps to address the abuse. TDIC has introduced new labor guidelines for employers to prevent passport seizures and ensure fixed working hours. PricewaterhouseCoopers (PwC) acts as a compliance monitor.

Reforms to the kafala system that enable workers to change employers more easily have so far failed to be properly implemented. Under the auspices of the TDIC and the Abu Dhabi Executive Affairs Authority (EAA), human rights in the UAE and its situation for migrant workers could improve significantly.