Tag Archive for: Human Rights in the Syrian Arab Republic 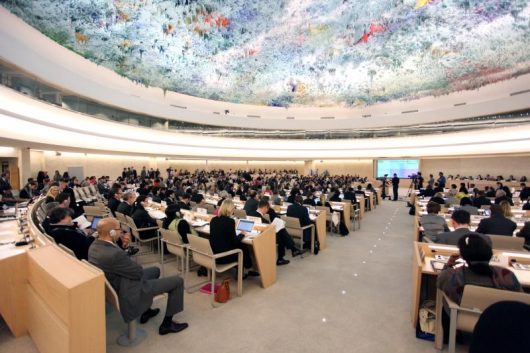 The topic of human rights in the Syrian Arab Republic is one of particular importance, especially since the eruption of the Syrian Civil War in 2011. Human Rights Watch blamed the violence on the lack of political settlement between the U.S. and Russia in 2016. According to the most recent numbers by the organization, I Am Syria, the death toll is at 470,000, including 848 in June 2017.

Systematic human rights abuses in the Syrian Arab Republic were carried out by organized groups such as the Islamic State and former Al-Qaeda member Jabhat al-Nusra. These violations include targeting civilians with artillery, kidnapping and executions. Non-state groups opposing the government have also carried out attacks on civilians, They have also used child soldiers, kidnapped individuals, blocked humanitarian aid and tortured others.

Because of the violence in Syria, many people have fled their homes. According to the UN, nearly 9 million Syrians are now considered to be refugees.

Fortunately, there are many organizations working on human rights in the Syrian Arab Republic. Two of these work on informing the public of the violence occurring in order to bring to light the issues at hand. They are I Am Syria and the Syrian Network for Human Rights.

I Am Syria is a nonprofit, media-based campaign that works towards educating the public on the conflict in Syria. It supports the end of the conflict and is nonpartisan. Its most widely known campaign is known as “The Green Hand.” As noted on its website, The Green Hand is “a symbol of revolution and solidarity for the Syrian people.” Additionally, I Am Syria has material for teachers to inform their students about the Syrian civil war.

The Syrian Network for Human Rights’ (or SNHR) motto is “No Justice without Accountability.” It believes that for human rights victims to receive justice, it is necessary to hold their perpetrators accountable for the crimes they commit. The only way to do that is to expose their crimes.

For this reason, it composes monthly and annual reports that bring attention to the most notable human rights violations in Syria. These reports are utilized by organizations such as the UN for its reports as well.

Both these organizations have brought attention to human rights in the Syrian Arab Republic. For them to be truly effective, the public must stay informed. Although this is a hard step to implement at a global level, I Am Syria and SNHR are working towards making that happen.