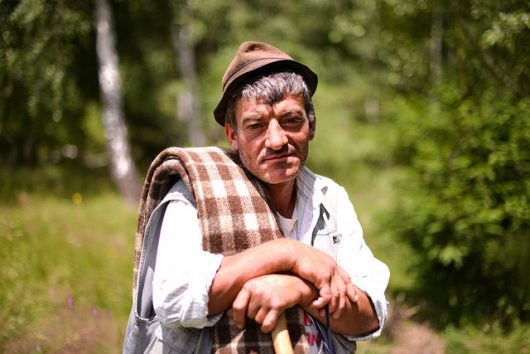 Human rights in Romania made headlines last January after Romanians took to the streets in the largest protests since the 1989 revolution. The peaceful demonstrations began in response to a government attempt to eliminate protections against corruption. The protesters were ultimately successful in halting the legislation, a signal to many that democracy is alive and well in the eastern European country.

This notion was reinforced by the June 13 announcement that Romania’s former president Ion Iliescu will go to court to face charges of crimes against humanity. The charges have been brought against him in connection with a violent crackdown on peaceful protests in Bucharest in 1990, just months after the uprisings that ousted dictator Nicolae Ceaușescu. The charges allege that Iliescu, who ordered tens of thousands of security officers to stifle the peaceful protests, is responsible for four deaths, 1,380 injuries and 1,250 arrests.

The contrast between the response to the freedom of expression in these two instances, separated by less than 30 years, demonstrates profound growth in human rights in Romania. Though the success of the demonstrations in early 2017 has been praised worldwide, there are still significant human rights abuses occurring daily.

Perhaps the most pervasive of these abuses is the systemic discrimination faced by Roma in all facets of life. According to the U.S. State Department, there are between 1.8 million and 2.5 million Roma in the country, accounting for approximately 10% of the population. Romania’s most recent official census, conducted in 2011, counted 621,573 Roma, though this number is severely skewed by widespread issues with identification documents.

NGOs and the media report that societal discrimination against Roma has persisted and that Roma are routinely denied public services. Given this discrimination, many Roma are fearful of registering for identity documents as they would be required to declare their ethnicity. However, without these documents, they are unable to participate in elections, receive social benefits or fully participate in the labor market.

The United Nations and the European Union have urged Romania to implement the Roma Inclusion Strategy, which pushes states to uphold their commitments to European human rights laws and integrate Roma into society.

In 2016, the Romani Center for Social Intervention and Studies reported 43 cases of police brutality against Romas. Racism was not investigated as a motive in any of these instances.

While this is yet another example of Roma discrimination, it is also a symptom of the larger dysfunction of the Romanian justice system. Constitutional protections for human rights in Romania prohibit torture, unlawful detention and violence against prisoners and detainees, yet NGOs and media still report that security forces routinely disregard these laws.

Few immediate measures are being taken to resolve this issue, but the government introduced a plan in April 2016 to improve prison conditions by 2023 after the EHRC ruling in Rezmiveș and Others v. Romania, which highlighted a “structural deficiency” in Romanian prisons.

Domestic violence has become a dominant topic in the discussion of human rights in Romania, as the international community continues to push for Romania to uphold the necessary protections for its citizens. Advocates are working to introduce new legislation and to urge the government to abide by the laws and agreements already in place, including the Istanbul Convention, which entered into force in September 2016. Data supplied by the General Police Inspectorate counted nearly 9,000 cases of domestic violence in just the first six months of 2016. National NGOs reported that the actual number was much higher, and the European Court of Human Rights reports that more than half of Romanians believe that domestic violence is justified.

Existing laws provide few protections for survivors of domestic abuse. Many of those afforded are only temporary. Restraining orders may be issued for a maximum of six months. Even more concerning is the lack of protection for survivors who were in relationships but did not cohabit with their alleged abuser. Victims in this category cannot obtain a restraining order, stay in shelters or utilize the other state services. There has been little high-level coordination to reform these provisions.

Despite shortcomings in these areas, it is clear that human rights in Romania are progressing. Discrimination against Roma continues to be an egregious disregard for human rights and a senseless “waste of human capital and loss of productivity,” impeding Romania’s growth as a society. Romania has an obligation to implement the Roma Integration Strategy, which has set inclusion targets for 2020.

Similarly, a justice system that allows for the overcrowding of prisons and abuse by security officers to continue is not just, nor is it aligned with EU standards. Should the state refuse to reform these aspects of its justice system, it will face punishment in the form of restrictions on its EU membership.

Romania will face similar penalties if it does not bring its domestic violence laws in line with international norms. While there is not yet a concrete plan for the future of domestic violence protections, there is a plan in place to remedy Romania’s prison conditions by 2030. This plan, Romania’s EU membership and recent protests all point to continued progress for human rights in Romania.