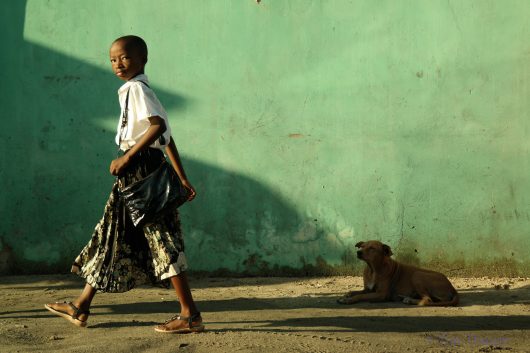 According to the WHO, rabies is a viral disease primarily transmitted by dogs to humans. Fighting rabies is possible through the vaccination of both dogs and humans, as dogs are the source of approximately 99 percent of all rabies transmissions.

Over 95 percent of all human deaths due to rabies occur on the African and Asian continents. This article seeks to explore how organizations have been fighting rabies-related deaths.

Some of the difficulty in diagnosing human rabies infections lies in the fact that symptoms tend to not emerge before the onset of clinical disease. At that stage, the rabies infection can lead to death via cardiac arrest.

Washington State University veterinarians recently conducted a massive program to fight rabies — the clinicians vaccinated numerous dogs in rural villages in Tanzania, a locale where stray dogs are plentiful. Since many people in these villages lack electricity, easy access to vaccinations and dogs often roam freely, the likelihood of acquiring rabies is very high.

Dr. Guy Palmer and his colleagues found, however, that many children were very proactive about rabies prevention. Many of the Tanzanian youth created makeshift leashes or carried their canine companions to the free vaccinations Palmer and his team offered. These vaccinations will help drastically cut the number of human rabies infections in Africa, with 300 to 1000 dogs being vaccinated every day by the WSU team.

While the costs of preventative rabies vaccines are not extremely expensive to produce and distribute (one dollar per dog vaccinated), post-exposure prophylaxis (PEP), which is used to treat people already infected with rabies, costs around $40 USD in Africa and $49 USD in Asia. This cost can be extremely problematic for the rural population who earn on average $1-2 USD per day and are the ones most likely to be exposed to rabies in Africa.

The Tanzanian plight against rabies does not go unnoticed. The WHO advocates for zero human rabies deaths by 2030 and Washington State University’s work in Tanzania is one step in the right direction towards attaining this goal.

But, as with most goals in life, WHO and WSU cannot accomplish this task alone — they need aid from other organizations, funding from advocates and support from everyone who wishes to combat the deadly yet easily preventable disease of rabies.