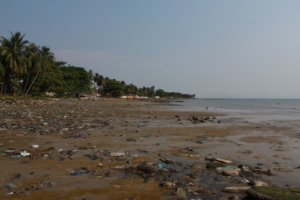 A report released by the UN warns that the number of people in extreme poverty could rise by 3 billion in 2050 unless immediate action is taken to combat environmental threats.

The 2013 Human Development Report had stated that more than 40 countries have shown significant improvement on health, wealth and education with rapid increases in Brazil, China, India as well as many other developing countries. The percentage of those living in extreme poverty, or living on $1.25 a day or less, had fallen from 43% to 22% from 1990 to 2008. This is attributed to significant successes in poverty reduction and economic growth in China and India. In response to this statistic, the World Bank has said that the Millennium Development Goal of decreasing extreme poverty by half by 2015 was ahead of schedule.

However, the UN had also reported that if environmental challenges such as climate change, deforestation, and air and water pollution were left unaddressed, human development progress in the poorest countries could come to a halt and possibly be reversed. Environmental threats and ecosystem losses are worsening the living situations and hindering the livelihood opportunities of many poor people. Building on the 2011 edition of the report arguing for sustainable development, the UN warns that unless coordinated global action is taken to combat environmental issues, the number of people in extreme poverty could rise.

“Environmental threats are among the gravest impediments to lifting human development,” the report says. “The longer action is delayed, the higher costs will be.”