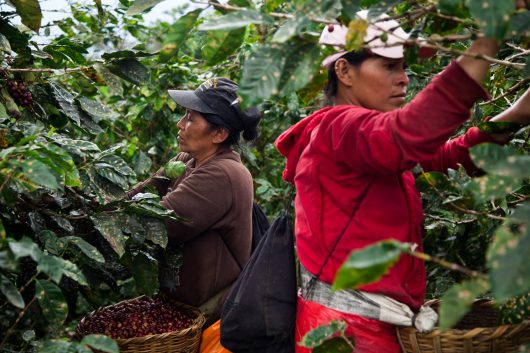 Dozens of student teams at the University of Toronto (UoT) recently participated in the Clinton Global Initiative’s 2017 Hult Prize competition. Given today’s global context, the theme of this year’s competition was “Refugees – Reawakening Human Potential and Restoring the Dignity of 10 Million People by 2022.” Several students from UoT impressed the judges with their initiative to turn coffee grounds into fuel that can be easily implemented in refugee camps across the world.

The Hult Prize is one of the largest and most competitive student contests in the world. The competition focuses on improving social good, specifically reinstating the rights and dignity of communities affected by social injustice, politics, economic, climate change and war. The winners of the contest receive $1 million in start-up funds and mentorship from international business and humanitarian leaders.

The competition is run by the Hult Prize Foundation. The foundation has stated that it believes the number of refugees worldwide far exceeds the number estimated by the United Nations, which is partially what inspired this year’s theme. “Rather than focus on aid and charitable approaches to refugee migration, we focus this challenge on the reawakening of human aid,” says the foundation’s website.

In Canada, the government resettled more than 25,000 Syrian refugees between November 2015 and February 2016, so the theme of the competition is relevant for UoT students. Canada’s private sponsorship program continues to facilitate the relocation of even more refugee families from Syria.

Five students from UoT, Lucy Yang, Matthew Frehlich, Gotham Rakmachandran, Sam Bennett and Lucas Siow, have advanced to the regional semi-finals of the competition. They have designed a substitute for firewood, called Moto, made from coffee grounds, sugar and paraffin wax. The mixture is put into a loaf pan and baked. The product is easily produced and gets rid of waste from used coffee grounds.

A 2014 survey from the United Nations High Commissioner for Refugees found that 90 percent of refugees in Chad, Ethiopia, Kenya and Uganda rely on firewood to cook and keep themselves warm. Moto will prevent the dangers that come along with searching for firewood outside of the camps.

The creators of Moto have used the log substitute to boil water and cook lentils, successfully turning the coffee grounds into fuel. The log can burn for up to 90 minutes.

The design is simple so that people living in developing countries can eventually learn to utilize the technique themselves. The idea of turning coffee grounds into fuel is a revolutionary one that has the potential to make lives easier for refugees all over the world.