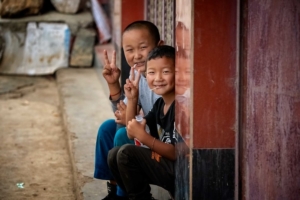 At the end of June 2022, statistics showed that youth unemployment in China was rising significantly to an unprecedented level of 19.3%. This is partly due to the slow growth (only 0.4%) of the Chinese economy in the second quarter of this year. Such a worrying scene could require powerful solutions.

Nearly one in five young men is unemployed in China, a country with the second largest economy in the world. One of the greatest contributors to youth unemployment in China was the pandemic and the government’s relative lockdown policies. As the Chinese government made tight policies to control the number and spread of COVID-19 cases, major cities including Shanghai experienced large-scale lockdowns, affecting many economic activities.

For example, the retail sales in China have decreased considerably by 11.1%, which was its highest contraction value since March 2020, according to the BBC. An executive at Huawei, Richard Yu, has expressed his worry that if the lockdown persisted, the whole “technology, industrial and automobile supply chains” would come to a full shutdown. The poor performance of the economy in the pandemic made unemployment become more widespread.

Also, due to the Chinese government’s policies since 2021, most extracurricular tutoring was banned in China to lower pressure and discourage competition among Chinese students. However, as many private tutoring institutions had to shut down, teachers lost their source of income.

Fortunately, youth employment in China is not at a dead end. Circumstances can get better for those young people who are desperately seeking jobs.

The Chinese government was aware of this problem and already implemented some measures. On the one hand, the government made it compulsory for state-owned businesses and institutions to create new jobs for young graduates from higher education. On the other hand, universities are opening up temporary positions for their own graduates as emergency support, according to NZZ.

Although the unemployment figure was high in June, the Chinese labor market has already started to revive slowly since May. It may take some time for the reviving effect to lower the youth unemployment rate. As the government started to focus on tackling this problem for the younger generation, it started to provide subsidies and guaranteed loans for small businesses to help them overcome the financial difficulties that came with the pandemic lockdowns.

It was clear that the strict lockdown policies in China limited economic performance instantly. However, the economy is recovering steadily since the end of the second quarter of 2022. Consumer expenditures, including the key Chinese industry—vehicles, have experienced an impressive boost since June. In fact, economists from other countries still give high expectations for China’s future economic growth.

Hopefully, a more thriving economy could benefit the job market and ease the pressing problem of youth unemployment in China very soon. 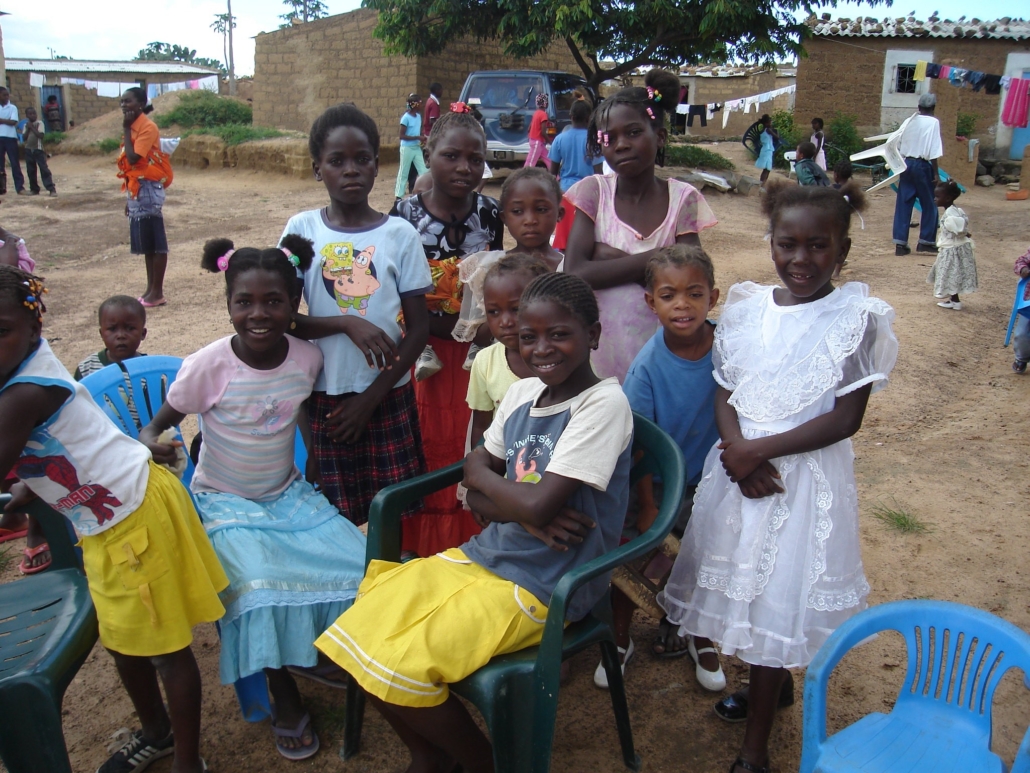 Angola stands as one of the most impoverished countries in the entire world. The World Bank Group reports that 32% of the entire population lives below the poverty line, with poverty affecting 18% of the urban population and 54% of the rural population. Furthermore, the unemployment rate in Angola is a stunning 31.6%. In addition, the country ranks 142 out of 180 countries in the Corruption Perceptions Index.

People mainly attribute these shocking statistics to government corruption and also the fact that the country is still recovering from its civil war, which ended slightly less than 20 years ago. Angola is the second-largest producer of oil in sub-Saharan Africa, producing nearly 1.37 million barrels of oil every day. Additionally, crude oil comprised about 88.% of exports in 2020. Angola has never attempted to diversify its economy away from oil to other products, which leaves its economy drastically fluctuating in an extremely volatile oil market.

Corruption is prevalent within the higher levels of government in Angola. Since oil is such a large part of Angola’s economy, politicians and the few elites in Angola reap the benefits. This is evidenced in the country’s Gini index score of 0.55, meaning income inequality in Angola is rampant. Nearly “20% of the population with the highest incomes receive 59% of all incomes,” yet the most impoverished 20% obtain only 3%.

In addition, the Angolan Civil War caused massive devastation in the country. Nearly 1 million people died in the conflict, and it caused massive damage to public infrastructure, including healthcare, schools, roads and bridges. This has caused rampant poverty, food insecurity, unsafe water consumption and inequality in education.

With Huawei’s technological support, “Angola-based mobile operator” UNITEL has created a mobile money service that allows users to make deposits, withdrawals, transfers and payments via mobile phone. Users of this service do not require a bank account. These mobile money services in Angola will be available in all 18 Angolan provinces.

UNITEL and Huawei have been working together over the past couple of years to use Huawei’s technology to develop UNITEL Money, which launched in August 2021. UNITEL aims to reach at least 3 million Angolan citizens through UNITEL Money. Nearly 14 million people in the country have access to a cellphone and 7 million Angolans have access to the internet. UNITEL Money will have a potentially strong customer base from which consumers will also benefit, given the poor financial state of many in the country.

The company says it plans to use its 6,000 contracted agents and 20,000 sub-contracted agents to ensure the success of UNITEL Money. People can make deposits, withdrawals and transfers with UNITEL Money at any UNITEL Money Store or using an agent, in a network of hundreds of branches throughout the country. With the help of agents, a UNITEL customer will be able to immediately and instantly send money to another customer to collect at a UNITEL agent closest to their location.

Over time, UNITEL says it plans to increase the functionality of its Mobile Payments system as well. Overall, UNITEL Money may potentially serve as a useful tool for those experiencing financial barriers in Angola, particularly unbanked people without access to traditional banking services and financial resources. Mobile money services in Angola will bring about financial inclusivity for marginalized and impoverished Angolans while igniting economic activity through ease of access. 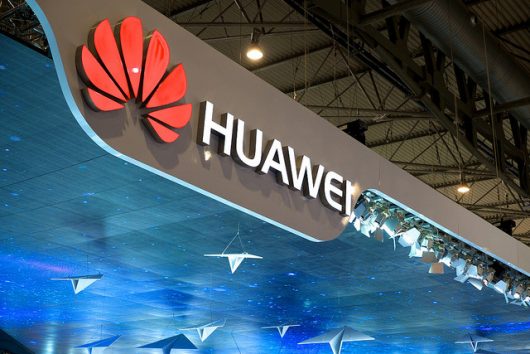 This month, Huawei pledged to support the South Africa National Development Plan (NDP) to eliminate global poverty by 2030. Huawei proved their commitment by announcing their partnership with African governments, operators, and private companies towards advancing development. The announcement arrived at the GSMA Mobile 360 Africa Conference in July 2017.

As the leading global Information Communications Technology (ICT) provider, Huawei plans to alleviate global poverty through advancing mobile broadband (MBB). The company intends to collaborate with African operators and lend them their support. Huawei’s goal is to optimize cost of operation, shorten Return of Sales (ROS), and increase site efficiency.

With help from their partners, Huawei aims to “enhance MBB penetration and narrow the digital divide between rural and urban areas.” Doing so will bolster national competitiveness, capacity for innovation and productivity through improving Africa’s national and global connection. The company proposed “Three-Star Site Solutions,” which are various programs that are unique to different scenarios.

Huawei named PoleStar, TubeStar, and RuralStar in particular. Each will overcome a specific obstacle. PoleStar is for urban areas that cannot afford to deploy broadband base stations. For example, technicians can install the program on lampposts and other locations simply and efficiently. RuralStar is useful in rural areas because it decreases power consumption by 85 percent and cost by 70 percent. These solutions will make sites simpler, faster and more cost efficient to access.

Over the next 5 years, the GSMA predicts there will be “720 million smartphones in use and up to 60 percent MBB connections in African markets,” giving Africa a significant economic boost. In addition, expanding MBB will also improve education, healthcare and social development.

Aside from supporting network development in Africa, Huawei also has “identified three business and industry alliances.” The first is content aggregation, which is the collection of information under a specific topic, such as video cloud. Second, they will establish a site ecosystem alliance. Finally, a fiber to the home alliance will provide internet connection to individual buildings.

Mobile broadband is an increasingly important economic and social asset, making its advancement in Africa and other developing regions a priority. With support and collaboration from organizations like Huawei, there is hope that poverty in Africa will disappear by 2030.