Tag Archive for: How to Solve Global Poverty 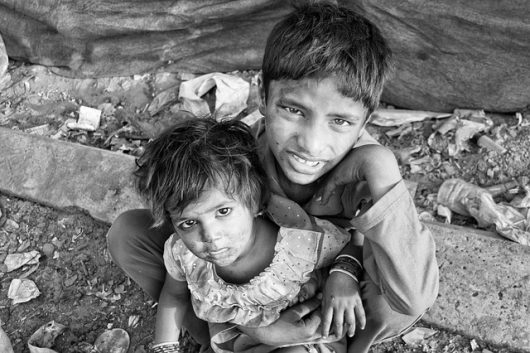 According to the World Bank, living in extreme poverty means living on less than $1.90 per day. Although the number of people living in such conditions has been cut in half since 1990, now at less than one billion people, strategies to solve global poverty are still needed. The World Bank and the World Trade Organization (WTO) think the answer can be found in trading.

A developing country’s increased participation in trade has a positive correlation with its decline in poverty. Developing countries now make up 48 percent of world trade, a rise from 33 percent in 2000. Trade has also shown to stimulate economic growth, improve productivity and increase the number and quality of jobs in developing nations.

The joint report provided by the World Bank and the WTO, called “The Role of Trade in Ending Poverty,” provides several examples of the increase in economic growth directly related to an increase in trade. It has also found five areas of focus to solve global poverty:

The organizations assert improving the enabling environment. The environment can be strengthened through policies related to human and physical capital, access to finance, governance and institutions and macroeconomic stability. Solidifying the qualifying environment can be done through pioneering policy contexts that improve discussions with the poor, and target their needs more carefully.

Intensifying the poverty impact of integration policies would help bring greater focus on facing inaccessibility of markets. Reforms to challenge costs created by a lack of competition and other sources of domestic costs are another integral aspect of integration. There is also a key focus on the aspect of women’s challenges in smaller, poverty-driven communities as opposed to those faced by men.

The report tackles managing and mitigating risks faced by the poor. Those within global poverty are already at a higher disadvantage when trade risks arise than those of wealthier, developed countries. By addressing these issues, the report sets forth prioritizing resilience for the poor in order to strengthen the prospects of economic growth and make gains to solve global poverty.

Improving data and analysis to inform policy is requested in order to better understand and implement design and effective policies to maximize the poverty reduction gains from trade. The understanding of global poverty and the nature of the informal economy is essential to address trade-related restrictions.

Though all these assertions are quality actions, there is an overriding theme omitted. The World Health Organization (WHO) reports how global poverty creates environments of ill-health due to inadequate sanitation. For this reason, the WHO’s work includes global advocacy, regional initiatives and direct support to ministries of health in developing countries.

With all these actions put into motion to the fullest extent, the work to solve global poverty can have great success.