Tag Archive for: How to Help People in Vanuatu 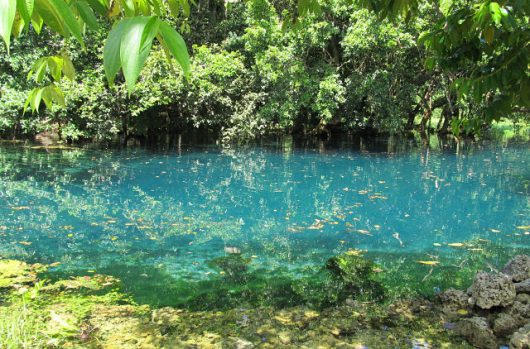 Vanuatu is a group of islands in the South Pacific Ocean, home to just under 300,000 people. From the outside, Vanuatu’s beaches resemble a real-life paradise. However, certain problems plague the nation. The economy is based primarily on small-scale agriculture, as the industry is how roughly two-thirds of Vanuatu’s people earn their living. Finances are a common problem for these people: Vanuatu is one of the least wealthy countries in the world. The problems in Vanuatu are plentiful, but organizations such as CARE are providing a method of how to help people in Vanuatu.

Before one can learn how to help people in Vanuatu, one must have an understanding of the issues. Some of the most important issues that need to be addressed in Vanuatu are poor access to necessities, prevalent discrimination and issues of climate change.

Clean, safe water is one of the necessities that the people of Vanuatu are all too often forced to live without. Two main causes of this problem are that the majority of the population lives in rural areas and that the most recent El Niño in 2016 caused prodigious water shortages. Fortunately, CARE is working to improve the situation. According to their website, “Our water, sanitation and hygiene program rehabilitates community water systems and helps communities with drinking and water planning.” This work is of the utmost importance. Clean water does not simply give people something to drink, it unlocks opportunities in the workplace and education as well.

To help the people of Vanuatu, an effort must be made to end the widespread discrimination that currently exists in the nation. Women are widely discriminated against, like the statistic that over 60 percent of women in Vanuatu have experienced physical or sexual violence shows. CARE is once again working to improve the situation in Vanuatu. To combat this gender discrimination, CARE has started a program to help women obtain the information and resources necessary to increase their self-confidence and be a more active part of Vanuatu’s society. One of the ultimate goals of this program is to help women learn to earn their income and be able to support their families independently without having to rely on men.

CARE is doing a lot of important work in Vanuatu, but there is still a lot left to be accomplished. One way to help the people of Vanuatu is to get involved with CARE. The organization accepts donations, and volunteering at one of the organization’s events, participating in the Walk in Her Shoe challenge or organizing a fundraising event are all highly valuable ways to help the people in Vanuatu.

As people utilize CARE as a means for how to help the people in Vanuatu, the situation should only improve.