Tag Archive for: How to Help People in Saudi Arabia 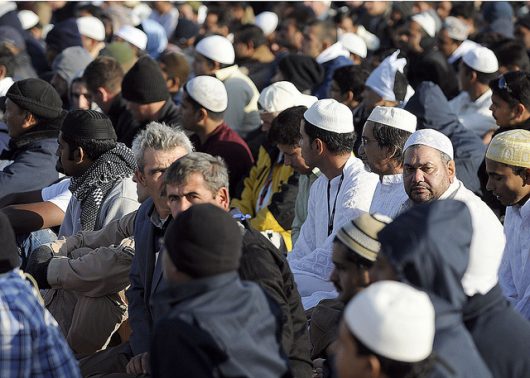 A long-standing ally of the United States, Saudi Arabia is famous–some may say infamous–for the vast oil reserves in the country and the wealth and geopolitical clout that oil grants the nation of 32 million. Despite its fortunes, much of Saudi Arabia’s citizens live in an outdated system that oppresses and threatens the rights of both other nations in the region and its own people. Though their own nation may do far too little, how to help people in Saudi Arabia is a question well worth asking.

Domestically, Saudi Arabia still adheres to a system of male guardianship under which patriarchs control nearly all aspects of female family members’ lives, including who they marry, what opportunities for an education or career they can or cannot pursue, and even their ability to move about and interact in public. This guardianship system falls in line with the overarching sharia law that the nation as a whole is governed by, which is notorious for the abuses that can be carried out under its banner, such as vague and broad charges, lack of due process, censorship and corporal punishment, up to and including public execution.

Internationally, the Saudi government has used its influence to promote the spread of sharia law in the region, and funding for terrorist groups like ISIS and Al-Qaeda can be traced back to Saudi sources. Additionally, Saudi Arabia has been engaged in a conflict in Yemen in which they have conducted numerous unlawful airstrikes that have taken the lives of over 4,000 civilians.

The Saudi government and people have a lot of obstacles to overcome before their nation can enjoy the same freedom and rights of many Western nations. Here are some ways to get involved and how to help people in Saudi Arabia:

-Write to your representatives in Congress encouraging the U.S. to require more transparency from Saudi Arabia for it to receive U.S. aid. Currently, the country fails to meet the standards of financial transparency that are technically required, but continues to receive the money due to its importance as an ally in the region.
-Get involved with programs that advocate for women’s rights in nations like Saudi Arabia, such as the U.N. Women initiative and its subsidiary the Commission on the Status of Women, of which Saudi Arabia is a member. By backing the programs and campaigns of U.N. Women, the hope is to help the Saudi people and make their nation worthy of its seat on the Commission.
-Educate yourself on the issues affecting the Saudi people and the complex geopolitical situation the country is entangled in.
-Hold the U.S. accountable for continuing to support and sell billions of dollars in weaponry to a nation that treats people in the manner Saudi Arabia does.
-Spread information on social media about Saudi Arabia’s human rights abuses and support of terrorism.

The quandary of how to help people in Saudi Arabia has no easy solution, and each viable method will take a long time and a lot of effort to see tangible change. But there are still valuable steps that can be taken to helping those who are suffering in Saudi Arabia.