Tag Archive for: How to Help People in Samoa 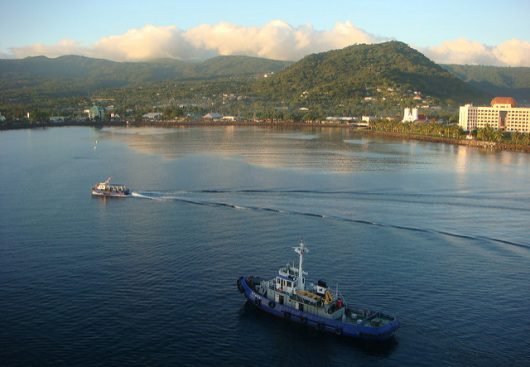 Samoa is a state that consists of nine volcanic islands located in the central Pacific Ocean. The islands of Savai’i and Upolu account for more than 99 percent of Samoan land, and before 1961c, it was governed by New Zealand.

Samoa’s economy has, for the most part, depended on development aid, tourism, agriculture, fishing and family members sending money to their relatives from abroad. Agriculture and fishing account for about two-thirds of the labor force and produce 90 percent of the nation’s exports.

A company that manufactures electrical harnesses for vehicles and ships them to a plant in Australia has more than 700 employees and accounts for 65 percent of exports, but is set to close by the end of 2017. This will leave many people unemployed and create a significant void in the economy. Something like this can get people thinking about how to help people in Samoa.

The nation is very vulnerable to disasters and extreme weather as well. An earthquake that caused a tsunami dealt a serious blow to transportation and the power grid and killed about 200 people in 2009. In 2012, Tropical Cyclone Even caused heavy flooding and wind damage which displaced more than 6,000 people and damaged or demolished around 1,500 homes in Upolu.

Projects Abroad, a leading international organization for volunteers, reported on goals they set to help people in Samoa from 2016 to 2017. English is the language of business for most of the world and is also the official language for business on the island nation. This means that having a good handle on it can significantly increase the chances of a good education and future employment prospects. Volunteers with the organization taught basic English to young. They also assisted students and teachers with improving their phonetics, pronunciation and grammar.

Volunteering is not the only way to help people in Samoa. People can also help by donating to nonprofit organizations. One such organization working in Samoa is Hesperian Health Guides, which focuses on providing health education. They assist various communities with finding the right healthcare needs for them and preventing poor health. They also publish a free wiki available in many languages.

There is more than one way to help people in Samoa. Volunteering and donating are two, but people can also contact their governors and representatives and ask that they support legislation that helps struggling nations.