Tag Archive for: How to Help People in Palau 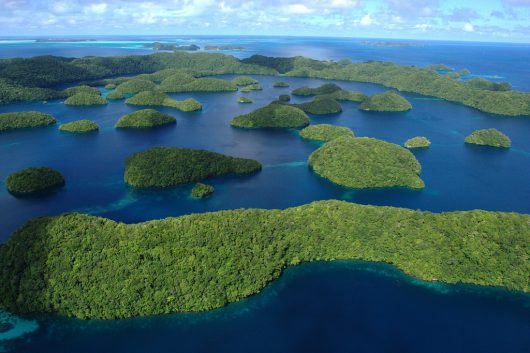 Palau has a rich cultural heritage that relies on the relationship between its people and the sea. Some inhabitants still practice traditional ceremonies, and it is still considered a matrilineal society. It was once considered customary for men to learn about water currents and the behaviors of fish to be caught. In honor of the connection of the Palau people with the ocean, the government of Palau designated 193,000 square miles of coast as a fully protected marine reserve. Despite the efforts to preserve the wildlife and traditions of Palau, overfishing, poaching, weather and tourism threaten the longevity of its livelihood. There are a few different ways of how to help people in Palau maintain their ecosystems and lifestyle.

Support conservation efforts
In addition to the marine reserve, Palau has agreed to the Micronesia Challenge, a region-wide initiative to balance the use of natural resources and conservation. Even with these efforts, the island still suffers from damage to coral reefs from tourist interaction as well as decreased fish populations resulting from tourist seafood consumption. The Nature Conservancy is one organization that has already donated $1 million to the Micronesia Challenge endowment benefitting the island. Decreasing commercial fishing and promoting local traditions are among the ways to conserve the heritage and environment of Palau.

Volunteer and support USAID and disaster relief organizations.
As an island nation in the South Pacific, Palau’s ecosystem is threatened by typhoons, drought, pollution and rising sea levels. A power plant fire in 2011 resulted in the declaration of a state of emergency with electricity rationing that affected schools, hospitals and sanitation. In March 2016, Palau became the most recent nation to declare an El Niño-related state of emergency. Because of record-setting low total rainfall and declining level of freshwater access, citizens were placed on a water rationing schedule. USAID has recently worked to increase disaster readiness and risk reduction programs for communities in Palau.

Conservation of culture and environment combined with disaster readiness and prevention are simple answers to the question of how to help people in Palau.