Tag Archive for: How to Help People in Mauritania 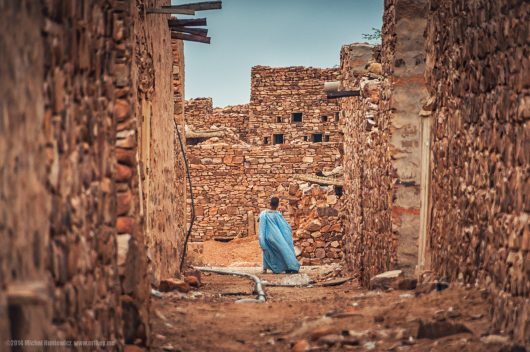 As a vast but very sparsely populated nation of less than 4 million, Mauritania is a country that rarely finds itself in the media spotlight. However, the nation has all of the classic signs of a developing nation: over half the population lives in or around the country’s capital of Nouakchott, over two-thirds of Mauritanians are younger than 15 years of age, less than half of the nation has access to improved sanitation facilities and only about half of the population can read and write. The nation’s dire situation raises the question of how to help people in Mauritania.

The first and perhaps most urgent situation when understanding how to help people in Mauritania is that of Mauritania’s food security crisis. According to the World Food Programme (WFP), Mauritania depends on cereal imports to cover over 70 percent of its needs for the country’s 3.8 million people, and nearly 10 percent of the nation’s children under the age of five suffer from acute malnutrition. With 80 percent of the country’s landscape a desert, and less than 4 percent of it arable, this is a difficult issue to solve.

As for the economy, Mauritania’s main exports include fish, as well as raw minerals such as iron, copper and gold ore. While these resources are in constant demand across the world, their prices are very rarely, if ever, constant. Fluctuations in the global market leave the nation’s economy completely unprotected from unpredictable and uncontrollable economic factors that directly impact Mauritania itself.

The final factor in studying how to help people in Mauritania is that of a very difficult to solve socioeconomic issue found in many other developing nations, though rarely on the same scale: slavery. In fact, Mauritania did not fully abolish slavery until as late as 2007. In Mauritania today, over 1 percent of the population lives in modern slavery. While at first glance that figure may seem rather low, that equates to roughly 40,000 people experiencing life in slavery, a proportion that has granted Mauritania the alarmingly high rank of 7th out of 167 countries in slavery prevalence.

Therefore, the best answer to the question of how to help people in Mauritania can be split into two categories: short-term and long-term solutions. In the short term, donations to NGOs should focus on the most pressing issues Mauritania faces, such as food and water security. Perhaps the most well-established and wide-reaching NGO in this area is the World Food Programme, which operates in 80 countries. Specifically, in Mauritania, the WFP focuses on food security, nutrition and school meal provisions, as well as adaptation to climate change.

In the long term, countries and large corporations must do more to provide foreign direct investment into practices more sustainable than mineral and oil extraction. In particular, foreign finance agencies would be wise to invest in providing solar panels across the country, as well as train locals in their setup, maintenance, and repair in order to provide valuable skills and a reliable income to local tradesmen. In fact, a 15-megawatt solar panel facility has been established in Nouakchott, providing over 10,000 homes with a clean source of electricity. Establishing similar plants across the country will ensure access to electricity without damaging the local environment.

With NGOs stabilizing the present, and foreign direct investment establishing a bright future, the question of how to help people in Mauritania largely comes down to two key aspects: solving the most immediate problems while setting up an environment to avoid such issues in the future. Mauritania may face dire problems today, but is in an excellent position to implement a brighter tomorrow.