Tag Archive for: How to Help People in Gabon 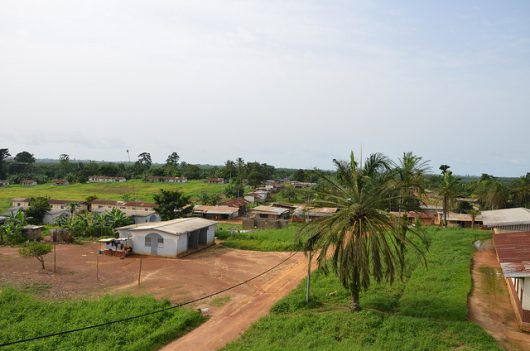 Gabon, a very small country in West Africa, is regarded as stable in terms of politics, but it has many other issues when it comes to its socioeconomic conditions. One third of the country lives in poverty; the population is 1.5 million, so this means that 500,000 people in Gabon are living in poverty. In addition, the unemployment rate is high, at 25 percent.

Surprisingly, then, Gabon is one of the richest countries in Africa, with a high GDP per capita. Unfortunately, however, due to the number of people living in poverty in this country, there is much improvement to be made to alleviate this. Here are some of the ways that you can help people in Gabon:

1. Donate to or Volunteer for a Nonprofit

Organizations such as UNICEF are trying to encourage people to volunteer their time or donate to UNICEF. These donations would provide the organization with the means to assist the many people living in the rainforests of Gabon who have poor access to healthcare and sanitation. You can also ask UNICEF or other nonprofits for suggestions on other ways to help people in Gabon.

HIV/AIDS is also a huge problem among people in Gabon – nine percent of the population had this disease in 2002. Organizations like UNAIDS are working on combatting this issue, which affects the population in various ways.

2. Call Your Representatives and Senators

Call your elected officials to support bilateral and trade agreements with Gabon. Contact various departments within the Executive Branch as well. Asking them to support measures or bills that would pressure the Gabonese government to focus on the wealth gap, due to its oil export profits going to the wealthiest Gabonese people.

3. Educate Yourself and Others

You can start a group at your school or university concerning issues in Gabon. There are many classes on wealth disparities in Africa as well as a lot of research on it. Get the word out about this issue because it is easy to get caught up in the positive numbers that Gabon has (such as its GDP). Study why issues like this exist in political economies such as Gabon and other countries around the world. You could even start your own nonprofit or lobby organizations and governments yourself someday. Being a global citizen is incredibly important.

While Gabon may seem to be in a great place in terms of its wealth, much of what is happening there is benefiting a small group of people – the wealthiest group, that is. Unemployment and poor healthcare are unequally affecting poor people in Gabon. That is why it is important for us to think about how we can help people in Gabon, even from abroad.