Tag Archive for: How to Help People in Belarus 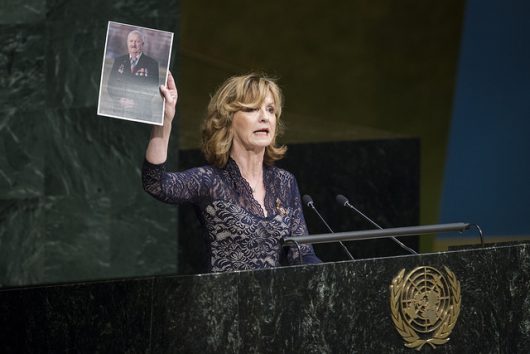 The meltdown of Reactor 4 at the Chernobyl Nuclear Power Plant shook the world and showed the grim reality of the potential dangers associated with radiation. It has been over 30 years since the morning of April 26th, 1986, but even so, the effects of the nuclear meltdown can still be seen today. To help people in Belarus it is necessary to understand the impact of the radiation.

Since the accident, Belarus has seen increased levels of genetic disease and cancer in its population which can be traced back to the original incident. Over two-thirds of the radioactive fallout landed on Belarusian soil. The Belarusian Government acknowledges and tries to address these public health concerns, but due to lack of resources, they are limited in their efficacy. There is no ultimate solution to the question of how to help the people in Belarus. Nonetheless, the efforts of international organizations contribute to easing their problems.

Another charity that has improved the lives of thousands of children since the nuclear accident is the SOS Children’s Villages group, in partnership with the “Children of Chernobyl” organization. SOS Children’s Villages began working in Belarus immediately following the disaster and has since been providing treatment to children suffering from radiation-related illness.

The SOS Children’s village is a shining example of how to help people in Belarus. The level of radiation released during the accident was so high that large areas of radioactivity still exist today. According to the Chernobyl Children International fundraising group, over 1 million children still live in zones that are active with radiation.

Institutionalization of children with special needs is a huge problem in Belarus. Often, sick or disabled children are the most vulnerable to being put in a government-run care facility. Poverty is a huge issue as well, and the combination of impoverished families and disabled children has resulted in the institutionalization of many of these such children. The Belarusian Victims of Chernobyl charity offers families like this financial assistance to keep families together and ensure these children get the care they need.

One of the simplest ways to directly help people in Belarus is to donate funds or volunteer your time to charities like The Belarusian Victims of Chernobyl, SOS Children’s Village, and the Children of Chernobyl. Even the smallest contribution can have rippling, wide-spread effects.